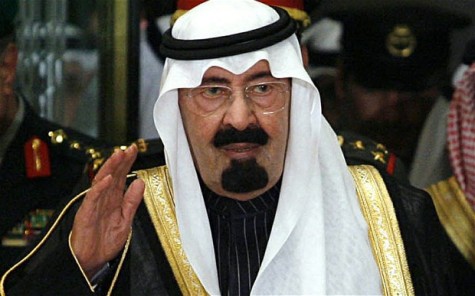 Saudi Arabia’s King Abdullah has died at the age of 90 and has been succeeded by Crown Prince Salman.

Abdullah died at 1:00 a.m. local time (2200 GMT). He had had long-term health issues, including breathing difficulties, and was admitted to hospital in December suffering from pneumonia.

Abdullah will be buried after Friday afternoon prayers, with Saudis invited to pledge allegiance to King Salman.

Prince Muqrin, who had been considered a successor if rumored health issues had prevented Salman’s succession, will be Crown Prince.

See Saudi Arabia Special: A Beginner’s Guide to The Future of the Monarchy

Abdullah took the throne in 2005, but had effectively ruled the country since King Fahd’s stroke in 1995.

Abdullah oversaw a more assertive Saudi foreign policy in the region, including unsuccessful initiatives for an Israeli-Palestinian settlement, intervention in Bahrain to check mass protests in 2011, essential support for Egypt’s July 2013 coup toppling President Mohamed Morsi, and backing of the challenge to the Assad regime in Syria.

The King also was firm in suppressing dissent within Saudi Arabia, clamping down on any protest amid the “Arab Spring” and dealing with demonstrations in the mainly-Shia Eastern Province.

In the past year, Abdullah’s failing health and rivalries within the monarchy had brought questions about the succession. Salman was in line to succeed, but was said to be suffering from signs of dementia in meetings and made few public statements. A faction around Prince Muqrin was seen to be in competition with one about Mohammad bin Nayef, the Interior Minister.

In a sign of regime unity, Nayef has been named Deputy Crown Prince while remaining as the Interior Minister.

The key ministerial posts at Oil, Finance, and Foreign Affairs are also unchanged.