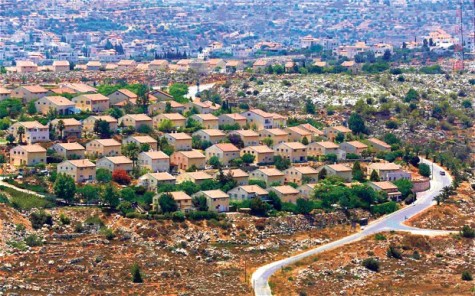 PHOTO: The Israeli Jewish settlement of Ofra in the West Bank

Haaretz reports that Israel’s Housing Ministry has retroactively subsidized the illegal construction of dozens of housing units in West Bank settlements, with nearly 1/3 of the state’s budget for subsidized housing transferred to the occupied territory in the last two years.

Almost 30% of the housing units subsidized by the rural construction administration over the past four years were built in the settlements, even though they are only 10% of national priority areas.

The additional subsidies were authorized by the Ministry on December 18, 2013, but the construction work had begun without authorization or permits already three years earlier. The Amana settlement movement started building extensive in an area confiscated from Palestinian owners and given to the Ofra settlement at the end of 2010.

In June 2011, a judge issued an interim injunction banning construction after the Palestinian owners complained. However, the Defense Ministry’s Civil Administration approved the construction retroactively in January 2014 and signed a master plan for the area.

The Housing Ministry pushed away any claims of subsidies of illegal development: “If there was illegal construction …before the master plan had been approved, then the local authority is responsible for it. The authority’s duty is to enforce the law and prevent illegal construction.”