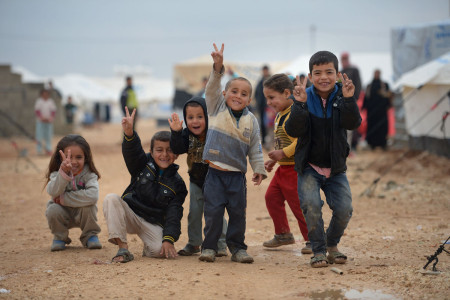 The United Nations said Tuesday that it will resume food aid to 1.7 million of Syria’s refugees in December, following an emergency appeal through social media.

The World Food Program suspended the assistance last week because of a shortage of funds.

A social media campaign with the hashtag #ADollarALifeline raised $80 million by Monday.

The largest Government donation came from Saudi Arabia, while $1.8 million in contributions came from almost 14,000 individuals and private-sector donors in 158 countries.

The aid drive may only be a short-term reprieve for the Program, which costs $64 million a month.

The emergency aid coordinator, Valerie Amos, said the agency is “lurching from month to month” without a substantial injection of funds. She appealed to Governments to provide $16.4 billion in humanitarian aid in 2015.

President Assad has received the special envoy for the Russian President, Deputy Foreign Minister Mikhail Bogdanov, amid Russian-Syrian promotion of talks with an acceptable Syrian opposition. 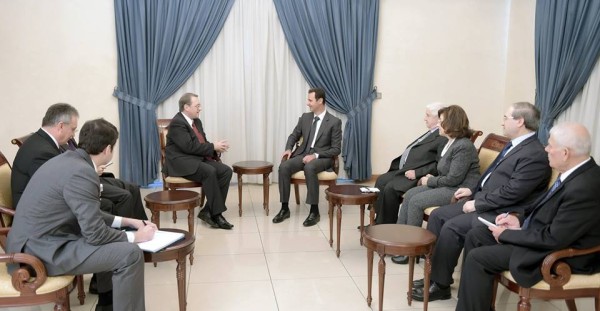 State State news agency SANA said Bogdanov briefed Assad on the meeting while bringing a message from Russian President Vladimir Putin hailing “cooperation between the two friendly countries and Russia’s continuing support for the Syrian people in the face of the vicious terrorist attack targeting it”.

Amid criticism that Washington has not supported “moderate” insurgents in northwest Syria, Secretary of State John Kerry has indicated to a Senate committee that covert efforts are trying to support the fighters.

See Syria Feature: Kerry Insists US is Assisting “Moderate” Insurgents in North — But Commanders Say Payments and Arms Have Been Stopped

Ismail Sabiya, a leader of the insurgent faction Ahrar al-Sham, was killed on Monday by gunmen in Maarat Num’an in Idlib Province in Monday, according to the pro-opposition Smart News Agency.

The motive for the assassination is unclear.

Sabiya, also known as Abu Dauod, was a founder of Ahrar al-Sham and an expert in the production of explosive devices and mortars.

Ahrar al-Sham, part of the Islamic Front bloc and the recently-created Revolutionary Command Council, has been one of the largest factions in the Syrian conflict since its formation in late 2011. In September, most of its leadership was killed in an explosion during a meeting of commanders.

In insurgent-held East Ghouta near Damascus, a pro-Islamic State leader and three of his companions were killed Monday, said the pro-opposition Sham News Network.

A local activist said Abu Mohammed Iraqi was an Islamic judge for Tandhim Anasar, a group supporting the jihadists.

The attack comes in the wake of a series of assassinations of leaders of Jaysh al-Islam, the dominant rebel group in East Ghouta, as it faces increased military pressure from the regime.

No one has claimed responsibility for those deaths, or Monday’s assassination.