Syria Daily, Dec 26: Is the Islamic State Failing to Govern? 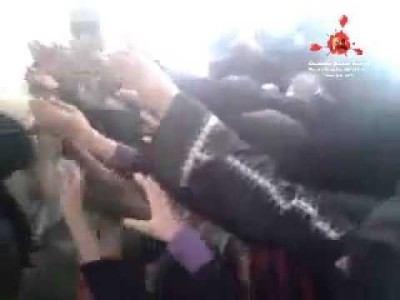 The Washington Post has published the latest in a series of media declarations that the Islamic State is failing in Syria and Iraq, not on the battlefield but in governing and delivering services in the areas that it controls:

The Islamic State’s vaunted exercise in state-building appears to be crumbling as living conditions deteriorate across the territories under its control, exposing the shortcomings of a group that devotes most of its energies to fighting battles and enforcing strict rules.

Services are collapsing, prices are soaring, and medicines are scarce in towns and cities across the “caliphate” proclaimed in Iraq and Syria by the Islamic State, residents say, belying the group’s boasts that it is delivering a model form of governance for Muslims.

That is a bold and important declaration, portending the ultimate failure of the jihadists in the Syrian conflict and in its offensive which has claimed much of neighboring Iraq — a declaration similar to that of The New York Times on December 13, “Islamic State Imposes Strict New Order in Mosul, and Deprivation Is a Result”.

But what is the evidence in the article, written by Liz Sly from her base in the southeastern Turkish town of Gazientep?

1. A 1-minute video from October, showing women and children trying to get handouts of bread in Raqqa, the largest city in Syria held by the Islamic State:

2. A quote from an activist in Mosul, the second-largest city in Iraq, taken by the Islamic State in June: “Life in the city is nearly dead, and it is as though we are living in a giant prison.”

3. A quote from an activist in Deir Ez Zor in eastern Syria, claimed by the jihadists last spring: “The whole idea that it is well organized and an administrative entity is wrong. It is just an image.”

3. A Raqqa businessman saying Mosul, despite its problems, is in better shape than his city with people fleeing hunger and the Syrian regime’s bombing.

4. An aid worker in Syria, who says that Islamic State is cooperative “but they’re not smart, and they’re not capable” and are now “too big to control” themselves.

5. A photograph on Twitter declaring “jihad tourism”, with fighters eating a meal.

6. A US official saying that America provides aid to Islamic State-controlled areas with “health-care clinics and…blankets, plastic sheeting and other items to help the neediest citizens weather the winter.

7. “A notice distributed in Raqqa this month called on fighters who were shirking their duties to report to the front lines, and a new police force was created to go house to house to root them out.”

8. A conclusion from Abu Mohammed Abu Mohammed, an activist with Raqqa Is Being Slaughtered Silently:

People are fed up with them and would like to get rid of them. But they don’t have the ability.

The claims stand in stark contrast to an equally-lengthy article published in September by Mariam Karouny, “In Northeast Syria, Islamic State Builds a Government”, also based on the testimony of “residents”:

While its merciless battlefield tactics and its imposition of its austere vision of Islamic law have won the group headlines, residents say much of its power lies in its efficient and often deeply pragmatic ability to govern….

In interviews conducted remotely, residents, Islamic State fighters and even activists opposed to the group described how it had built up a structure similar to a modern government in less than a year under its chief, Abu Bakr al-Baghdadi.

However, the Israeli daily Haaretz was eager this week to join in the pessimism about the future of the Islamic State, “Cracks within ISIS: Rivalries and Internal Disputes Could Lead to Small Breakaway Militias”:

Internal disputes and political rivalries within the Islamic State have recently led to a series of executions and armed struggles between commanders in the field, as well as attempts by volunteers from Iraq and Syria to desert or flee.