Iran Daily, Dec 21: Tehran Tries to Assert Its Influence in the Middle East 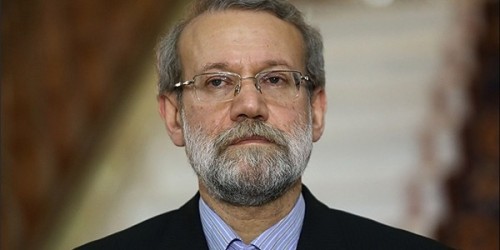 UPDATE 2200 GMT: Hosting Iranian Speaker of Parliament Ali Larijani on Sunday, President Assad has declared “Srians’ resolve to eradicate terrorism and extremist thoughts that are menacing the region and the world”.

In statements released by State news agency SANA, Assad also spoke of a strategy of “national reconciliations” to end the 45-month conflict.

According to SANA, Larijani — accompanied by Deputy Foreign Minister Wael al-Halqi — “made it clear that the people of Iran will not hesitate to provide all forms of support to Syria to the effect of further consolidating the requirements of this steadfastness and fighting terrorism and its backers”.

Assad Hosts Iran’s Speaker of Parliament Larijani: “We Will Eradicate Terrorism and Extremism”)

Amid crises in Iraq and Syria and the Israel-Palestine dispute, Iran is trying to reassert its political influence in the Middle East.

Following the visits of the Iraqi Foreign Minister and Syrian Prime Minister to Tehran, Speaker of Parliament Ali Larijani (pictured) starts a high-profile four-day tour of the region on Sunday.

Larijani will begin in Damascus, days after the Assad regime requested billions in further assistance from the Islamic Republic — the current $3.6 billion line of credit, primarily for oil products and food, will soon be exhausted.

Iran and Russia have also been trying to restart political talks between the regime and an “acceptable” Syrian opposition.

The Speaker will then travel to Lebanon and Iraq.

Departing from Tehran’s Mehrabad Airport, he gave the standard lines to journalists that the region is in need of security and stability to achieve development and prosperity; however, “some powerful states including those in the region are creating unrest in other countries”.