Iran Daily, Dec 22: Larijani — “We Will Not Forget Those in Conspiracy of Lower Oil Prices” 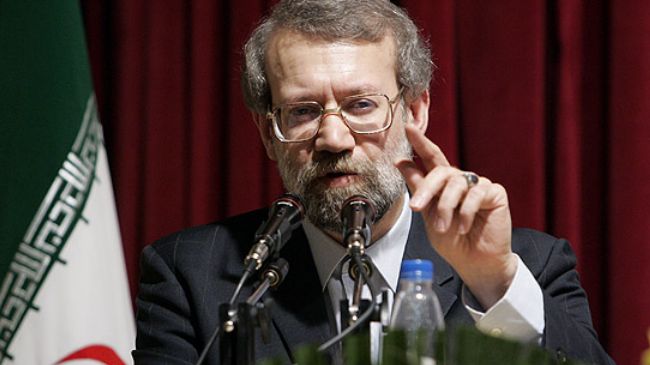 Many of the statements from Iran’s Speaker of Parliament Ali Larijani during his Sunday visit with Syria’s President Assad were the expected PR line: a joint stand with the Assad regime against “terrorism” and “extremism”, denunciation of intervention by the US and its Western allies, and hailing of Syria’s frontline role in resistance against Israel.

Amid the rhetoric, however, Larijani offered another sign of Iran’s discomfort with its economic situation — and that of Syria — amid a halving of the global oil price since June: “This time we will not forget which countries made conspiracies.”

The fall in the price from almost $120/barrel to about $60/barrel has added to the pressure on an Iranian economy facing sanctions, rising unemployment, a shaky currency, and the prospect of revived inflation. There is uncertainty over how the Government will fund its proposed 2015/16 budget, even though it has already dropped the assumed oil price from $100/barrel to $72/barrel.

Iran’s economic difficulties have posed a question mark over its continuing assistance to the Assad regime. Last week, Prime Minister Wael al-Halqi asked Tehran to renew its aid when the current $3.6 billion line of credit is exhausted in 2015.

Larijani made no reference to that request after his meetings with President Assad, al-Halqi, and Syrian Speaker of Parliament Mohammad Jihad al-Laham. Instead, he linked the “oil conspiracy” to an Israel conspiracy: “Many countries that are now giving lip service and claim fight against the Zionist regime, were keeping silent during the 33-day war [the 2006 Israel-Lebanon War] and some of them even supported the Israelis.”

Earlier, Iranian officials — including President Rouhani — began a verbal assault against Saudi Arabia over the oil price. The Saudis have refused to countenance a cut in output by OPEC during and after the meeting of oil-producing nations in late November

Saudi Oil Minister Ali al-Naimi repeated on Sunday at an OPEC meeting that Riyadh will not slash production: “We should not and we will not interfere with the market fundamentals and do something that is a short fix. This is not going to happen.”

Ayatullah Amjad, a moderate cleric, has issued a challenge

to the regime in a commemoration ceremony for Prohpet Muhammad.

“Unfortunately the revolution has gone astray and from this state neither the Republic nor the Islamic factors remain,” he asserted.

As Iranians celebrate religious holidays on Monday and Tuesday, the message of hardline clerics is that opposition leaders could face the death penalty.

Mohammad Taghi Rahbar, the Isfahan Friday Prayer leader, declared, “The punishment for the Sedition leaders is execution even if they repent.”

Hojatoleslam Mahdi Taeb, serving the Ammar Base of the Basij militia, spoke specifically about the opposition leaders Mir Hossein Mousavi, Mehdi Karroubi, and Zahra Rahnavard, who have been held under strict house arrest since February 2011. Saying that they had been informed of their crime of “rebellion against the system”, he assred, “They are very lucky, as their charges will be more than a house arrest if a trial was to be held.”