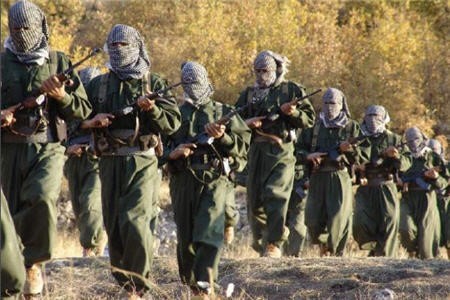 Turkish police have claimed the discovery of a “hit list” from the Kurdistan Workers Party (PKK), raising fears of further attacks in southeast Turkey.

The police said that, during Sunday’s arrest of an alleged PKK member in Agri Province, they found the list of about 50 officers from the Agri Police Department.

They said the suspect admitted in interrogation that he was planning to hand the hit list over to the PKK-affiliated Patriotic Revolutionary Youth Movement (YDG-H).

All of those on the list reportedly live in a government housing complex on the outskirts of Agri.

Two weeks ago, police in Mus Province claimed discovery of an assassination plot targeting nine officials, including the district police chief and a judge. Last month in Varto, a district in the province, police said they found information on 10 cars owned by police and government officials.

Unnamed sources within the PKK counter that the leadership has ordered its lower ranks not to carry out any attacks on Turkish security forces.

Just before Monday’s declaration of autonomy by the PKK in Cizre in Sirnak Province, near the Syrian and Iraqi borders, YDG-H members and Turkish police reportedly exchanged gunfire in the city center.

In the opening ceremony of the Bezmialem University in Istanbul, President Recep Tayyip Erdoğan has denounced “the West” while praising his Government:

There is no developed country that faces those threats we are exposed to. There is a variety of threats both due to geography and to our potential. There are some international newspapers carrying out perceptional operations against Turkey with false statements and bits of groundless information.

Erdoğan then sharply turned on “the West”:

The West’s style is “democracy as much as we want”. Democracy with the right content shall be defended. Not the one wanted by the dominant imperialist powers.

The President used a UN meeting to portray the “right content” of his approach to democracy:

They were going to sit on a table and all leaders were there. I asked: “Who are attending?” They put [Egyptian President Abdel Fattah El] Sisi there too.