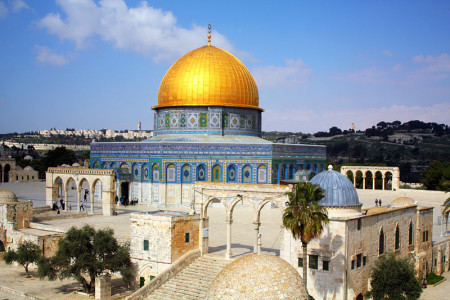 The US has welcomed Israel’s easing of access to the Temple Mount/Al-Aqsa Mosque site as “a positive step”, after a peaceful Friday.

State Department spokeswoman Jen Psaki said of the Temple Mount/Al-Aqsa Mosque situation, “This is an important development, one we certainly welcome….[It was] a positive step for maintaining the status quo of the site.”

However, Psaki said there were no plans to revive US-brokered peace talks, despite Kerry’s separate meetings with Netanhayu and with Palestinian Authority leader Mahmoud Abbas.

Psaki said discussions had included “incitement”, amid rising violence in East Jerusalem and the West Bank, and Israeli Jewish settlements in Palestinian areas.

She said the proof of the seriousness of Netanyahu and Abbas would be in their actions over the coming days.