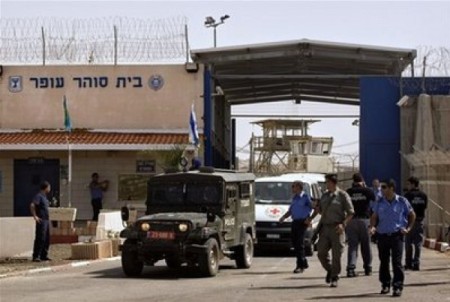 Sources in Israel’s military say the Erez and Kerem Shalom border crossings to the Gaza Strip will reopen on Tuesday after a four-day closure.

The crossings were shut on Friday after a rocket from Gaza — the first since a September 16 ceasefire ended a 50-day war — was reportedly fired towards Israeli territory.

On the Egyptian side of the Gaza border, a bomb reportedly exploded near troops during the operation to create a “buffer zone” with the demolition of houses.

No casualties were reported, but the security alert level was elevated.

Egypt says the zone is necessary after recent attacks killed scores of Egyptian security forces in the northern Sinai Peninsula.

Knesset Bans Release of Palestinians Held for Murder of Israelis

The Knesset passed a law on Monday preventing the release of Palestinians responsible for the death of Israeli citizens.

The measure is trying to limit prisoner exchanges in any political agreement with the Palestinian Authority.

Four Israeli Arabs have been arrested in Tamra in northern Israel, on charges of trafficking weapons. In Jenin, in the northern West Bank, Israeli security forces say they discovered armaments, munitions, and Israel Defense Forces uniforms as they detained six Palestinians in a raid.

An unnamed senior police officer has said that the unrest in Jerusalem continues to escalate despite heightened security measures:

Many of the incidents are concentrated in Arab neighbourhoods, and while we have deployed more police units throughout the city, the amount of incidents of unrest has not been reduced at all. It’s a daunting task, but we need to have a lot of patience moving forward.

After Monday’s arrest of a 22-year-old Palestinian in Jerusalem for an online threat to Prime Minister Benjamin Netanyahu, a suspicious car outside the Prime Minister’s office forced the Cabinet to temporarily evacuate to a secure underground location.

The car was ultimately deemed non-threatening.