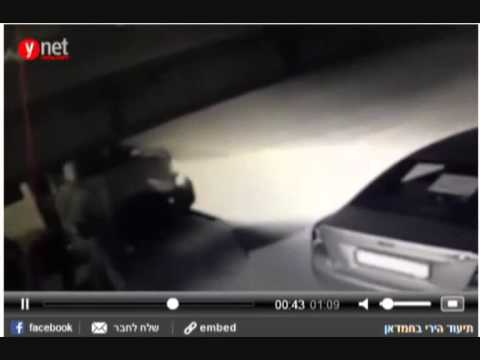 LATEST: Gaza Interior Ministry Threatens Suspension of Services Because of Lack of Funds

Israeli Arabs launched a general strike Sunday, protesting the killing of a man by police on Friday.

Businesses and schools were closed in many Arab-majority towns and villages.

Israel’s Police chief Yohanan Danino raised the national alert on Saturday to the second-highest level, following protests and clashes in Kafr Kanna amid the burial of the Israeli Arab slain by police.

Police shot Kheir Hamdan, claiming he attempted to stab officers who were arresting his relative. Hamdan’s father criticized the conduct of the officers, saying the shooter is “not human”: “They could have fired tear gas at him again or shot him in the leg, but they have no feelings.”

Israeli authorities released video of the incident before the shooting, claiming that it showed Hamdan rushing a vehicle with a knife:

The Justice Ministry’s Police Investigations Unit has launched an enquiry.

Gaza’s Interior Ministry announced on Sunday that public services may soon be suspended because of a lack of funding from the Palestinian unity government.

Spokesperson Eiad al-Bazam said the Ministry has not received money from the unity government since its inception in June, restricting services as the payment of local police.

The Ministry reportedly informed the Fatah Party that it will not be provide security for the commemoration rally in Gaza City on Tuesday for the 10th anniversary of the death of Palestinian leader Yasser Arafat.

The warning comes amid tension over last Friday’s bombing of the homes and cars of officials of the Fatah Party, which has accused the Gazan leadership of Hamas of responsibility.

The stage for the commemoration was also bombed, and Several Fatah officials have reportedly received bomb threats over the rally, hinting that Hamas militants want the event cancelled.

Hamas has announced the formation of a “popular army”, prepared for future hostilities with Israel, especially over the Temple Mount/Al-Aqsa Mosque site in Jerusalem.

In a speech on Friday evening in Gaza City, Dr. Khalil, a senior member of Hamas’ Political Bureau, said, “The resistance is getting closer to the great victory, especially in light of the recent events which have unfolded in occupied Jerusalem.”

Khalil, declaring the ongoing Israeli blockade of Gaza will not humiliate the Palestinian people, called on the Palestinian nation to unite and support the Islamic movement in its resistance.

Protests and Clashes in Jerusalem and West Bank on Saturday

In Jerusalem, the Light Rail system was attacked several times in the Shuafat and Beit Hanina neighborhoods on Saturday.

A police raid at the al-Makassed Hostpital in the At-Tur district led to widespread unrest, and there were clashes between masked Palestinians and Israeli security forces in Ras al-Amid.

In the northern West Bank, five people, including a 5-year-old Israeli child, sustained serious head injuries in a car accident amid stone-throwing by Palestinians.

In Taybeh, one of the Arab Triangle villages near the Israeli/West Bank border, local residents blocked a highway near the entrance with tire fires overnight, leading to at least one arrest.