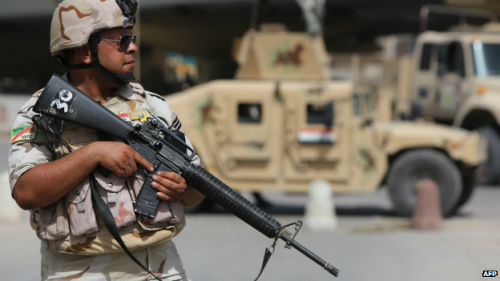 White House officials announced Friday that President Obama will submit a request to Congress for $5.6 billion to fight the Islamic State in Iraq and Syria.

The money would come from overseas contingency operations funds for “operations and activities that were not anticipated” when the contingency fund request was submitted in June.

“ISIL [the Islamic State] poses an immediate threat to Iraq, Syria and American allies and partners throughout the region, as it seeks to overthrow governments, control territory, terrorize local populations, and implement an oppressive and intolerant interpretation of sharia law,” the White House said.

The request includes $1.6 billion for an Iraqi train-and-equip fund to help train a total of 12 brigades — nine in the Iraqi army and three in Kurdish Peshmerga forces. It may also be sued for Sunni tribes who are fighting for the Iraqi Government.

Department Defense spokesman Rear Admiral John Kirby said the funding request must be approved by Congress before 1,500 additional US troops, authorized by Obama on Friday, can deploy.