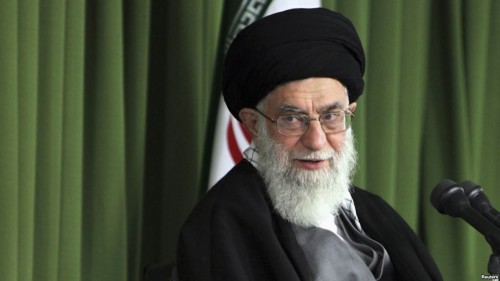 The Supreme Leader’s office launched another Twitter offensive on Thursday about Iran’s nuclear talks with the 5+1 Powers — but does this point to Ayatollah Khamenei’s desire for an agreement?

Opposition to WMDs is a religious principle for us. In face of Saddam’s #ChemicalAttacks on #Iran, we didn't use CWs even in return. 21/3/03

Facing a deadline of November 24 for a comprehensive nuclear agreement, Iran and the 5+1 Powers resume talks in Vienna next Tuesday.

The narrative of Ayatollah Khamenei’s office on weapons of mass destruction complements the long-standing assurance by the Supreme Leader that he issued a fatwa in 2005 banning possession of the atomic bomb.

Thursday’s tweets repeat that “the use of nuclear, chemical and similar weapons [is] a great and unforgivable sin” and sets out the number of Iraqi attacks against Iran in the 1980-1988 war:

Iranian nation is a victim of the use of CWs. That is why #Iran is ready to counter WMDs by all its means. 4/17/10 pic.twitter.com/CoH5HQz0Ih

The campaign then moves from the prohibition on nuclear weapons to the promotion of Iran’s right to a civilian nuclear energy program:

We consider the use of WMDs as #Haraam & believe that it is everyone's duty to secure humanity against this great evil. #IranTalks 4/17/2010

The Supreme Leader’s office has switched between endorsement of the nuclear talks and denunciation of the US this week.