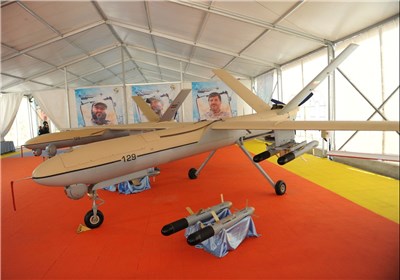 Amid a series of tough statement from Iran’s armed forces on Saturday, the Revolutionary Guards declared that homemade drones can now fly more than 1,800 miles on a single mission.

But today, the operational range of all the different types of (home-made) drones used for different missions has also increased to 3,000km which is means a major step in the self-sufficiency of our defense industries.

Iran has unveiled nine different domestically-produced drones since 2010. In September, the military showed off a drone which it claimed can carry air-to-air missiles and can down fighter jets, small Unmanned Aerial Vehicles, and helicopters.

Earlier this month, the Islamic Republic unveiled a version of a drone which it claimed had been back-engineered and improved from an American Reaper which was downed over eastern Iran in December 2011.

Elsewhere on Saturday, Iranian Rear Admiral Ali Vafadar declared, “The navy will confront any threat in order to protect Iran’s interests,” and Brigadier General Mohammad Baqeri warned of “tough and direct action” in Iraq as “Baghdad, the holy shrines and the shrines of Shiite Imams are surely all among the Islamic Republic’s redlines”.

Countering pressure from hardline critics, Foreign Minister Mohammad Javad Zarif reported to MPs in a closed-door session on Saturday about the state of the nuclear negotiations between Iran and the 5+1 Powers (US, Britain, France, Germany, China, and Russia).

The two sides failed on Monday to conclude a comprehensive agreement, instead extending interim arrangements to July 1.

Earlier this week, the Revolutionary Guards and hardline outlets lashed out at the nuclear negotiators, led by Zarif and Deputy Foreign Minister Abbas Araqchi, for failing to defend the Islamic Republic’s interests in the talks.

However, MPs who spoke to the media on Saturday offer backing. Esmail Jalili said the negotiating team had “shown their indefatigable efforts” and Zarif’s appearance in Parliament would definitely lead to a “victory of wisdom”.

Zarif said his team had followed “orders” that they received from Tehran, but noted the criticism when he said questions from some MPs showed that they intend to put pressure on the negotiating team.