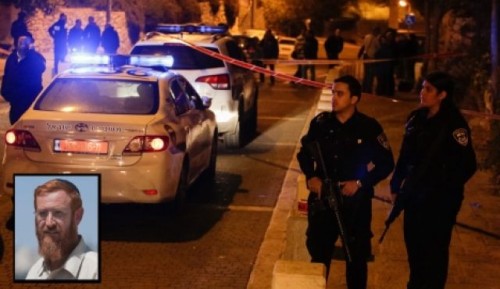 Israel-Palestine Analysis: Is a “3rd Intifada” Imminent? — The Rising Tension in Jerusalem

UPDATE 1045 GMT: The suspect in the shooting of right-wing Israeli activist Rabbi Yehuda Glick has been killed by counter-terrorism soldiers of the Israel Defense Forces.

Israeli officials said that they were fired upon by local Palestinians during the operation to arrest Hijazi in East Jerusalem.

Israeli authorities said Hijazi was a member of Islamic Jihad and was imprisoned from 2002 to 2012 for activities during the second Intifada of 2000.

Following his release from prison, Hijazi said in an interview, “I’m glad to be back in Jerusalem. I hope to be a thorn in the Zionist plan of Judaizing Jerusalem. What makes me most happy is to return to Jerusalem, to Bait al-Maqdis, to be among my family and people.”

Israeli security forces are investigating whether or not Hijazi was behind the attack on an Israeli soldier, Chen Schwartz, in Jerusalem’s Mount Scopus neighborhood in July 2014.

Yehuda Glick, a prominent right-wing Israeli activist, was shot outside a Jerusalem conference on Wednesday night.

The US-born Glick is in “very serious” but stable condition. He was loading equipment into his car, after attending the conference at the Menachem Begin Center, when he was approached by his attacker.

Glick is known for his founding an organization demanding that Jews be allowed to pray at the Temple Mount. Israel’s authorities have refused permission, fearing confrontations because the al-Aqsa Mosque is on the Mount.

Israeli security services have accused a Palestinian man, Muatnaz Hijazi, of the attempted assassination. The intelligence service Shin Bet said Hijazi, who has been in Israeli prisons for “security-related offences”, opened fire at members of the Police Special Anti-Terror Unit when they approached him near his house in East Jerusalem.

The Temple Mount compound was sealed off for visitors, the first closure since former Israeli Prime Minister Ariel Sharon visited in September 2000, sparking the “2nd Palestinian intifada” against the Israeli occupation.

Several hundred police — adding to the 1,000 already deployed in Jerusalem amid protests and clashes in recent weeks — have been called up.

The shooting is likely to fuel the rising tension in East Jerusalem, sparked by the rehousing of Israeli Jews in mainly-Arab neighborhoods. In the last two weeks, a Palestinian has run his car into passengers disembarking from a train station, killing two people, and several Palestinian youths have been killed and injured as Israeli security forces dispersed protests.

Despite objections from the Israel Defense Forces, Defense Minister Moshe Ya’alon has cancelled the planned purchase from the US of six Bell Boeing V-22 Osprey aircraft.

Israel would have been the first nation to receive the tilt-roter aircraft, which combines the functionality of a conventional helicopter with the long-range, high-speed cruise performance of a turboprop aircraft.

US Secretary of Defense Chuck Hagel approved the deal in April 2013 during his first visit to Israel. The Ospreys were part of a $10 billion package that included refueling and transport aircraft.

Ya’alon’s decision follows his reproach by Washington during his visit to America last week. He was denied meetings with high-level US officials, including the President, Secretary of Defense, and National Security Advisor, because of his perceived insults of Secretary of State John Kerry.

See Israel-Palestine Analysis: Is a “3rd Intifada” Imminent? — The Rising Tension in Jerusalem

This dangerous Israeli escalation is a declaration of war on the Palestinian people and its sacred places and on the Arab and Islamic nation.

We hold the Israeli government responsible for this dangerous escalation in Jerusalem that has reached its peak through the closure of the Al-Aqsa mosque this morning.