Iran Special: A New Wave of Protests, Spurred by Acid Attacks on Women 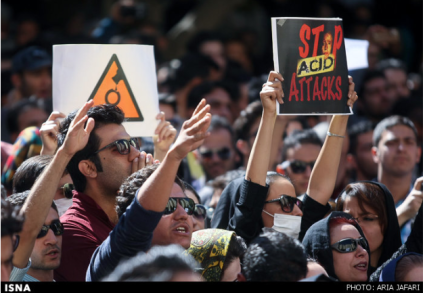 Mass public protest has suddenly reappeared in Iran, spurred by a series of acid attacks on women.

Thousands of Iranians demonstrated on the streets of Isfahan and Tehran on Wednesday. They challenged the attacks and a law, passed by Parliament on Sunday, protecting those who “correct” people acting in an “un-Islamic” fashion.

The protest in Isfahan: 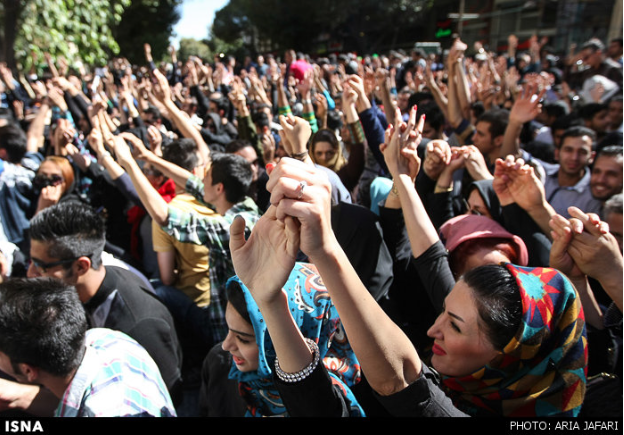 Iranian authorities acknowledged the acid attacks earlier this week. Iran Prosecutor General Gholam Hossein Mohseni Ejei said the “most serious punishment” will be handed out to perpetrators. He insisting the attacks “have nothing to do” with improper hijab, the mandatory head-covering for women in the Islamic Republic.

An Isfahan official said Wednesday that “eight to nine” women had been attacked over the past three weeks by men on motorcycles who splashed them with acid, disfiguring or blinding some of the victims. Local police said they rounded up 50 people — “thugs and hoodlums” — with a prior history of offences.

Protesters in the city — acknowledged as “more than 2,000” by the Revolutionary Guards’ outlet Fars News — gathered in front of the judiciary office and demanded the resignation of Isfahan’s Friday Prayer leader and Chief Prosecutor. They chanted, “We do not want to propagate virtues by acid” and “Death to extremists.” The protests are likely to bolster the Rouhani Government’s opposition to the new law supporting the action of “protectors” who challenge “un-Islamic” behavior.

President Rouhani said on Wednesday in a speech in northwestern Iran, “The sacred call to virtue is not the right of a select group of people, a handful taking the moral high ground and acting as guardians. It is upon all Muslims to exhort love, respect for others and human dignity.” 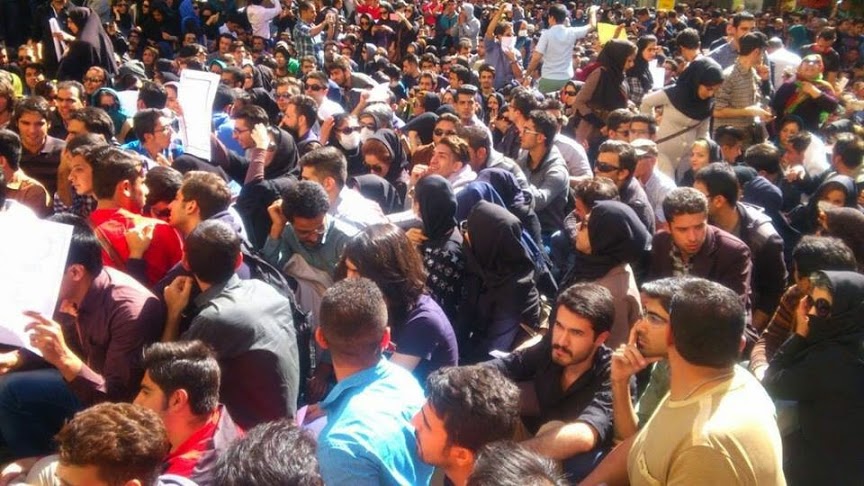 Dispatching unidentified and untrained individuals to promote virtue among the citizens is completely against the law, legal principles, and legal rationale, and is a menace to the citizens which must be stopped right here.

I hope the horrific incidents in Isfahan serve as alarm bells for the officials, and for this Plan to be eliminated….The officials must think to themselves whether their own daughters, wives, and sisters would match the principles of “preventers of vice”, and if not, should they be forced to pay this high price?

IranWire spoke with one of the victims in Isfahan:

Soheyla now speaks with difficulty, the acid burns across her face have collapsed her skin, tightening it so that she cannot open her mouth all the way. Her words come out broken and half-formed, but it is her eyes that trouble her the most. The acid gouged out one eye entirely, leading to full loss of sight, and the doctors say her other eye may retain 20 percent vision if surgery is successful. “I am only thinking about my eyes,” she says. “Nothing can replace my eyes.”

A victim of the recent spate of acid attacks on women in the city of Isfahan, Soheyela encountered her assailant on her way home from a local swimming pool. She had just dropped off her friends when she heard the sound of a motorcycle revving up from behind. An instant later, her whole face was burning. “It was burning so bad that I jumped out of the car,” she says. “I was moaning and taking off my clothes. People gathered around me, but nobody knew what to do. They all kept saying I must put my clothes back on. Some of them threw my clothes back at me, which made my body burn more.” 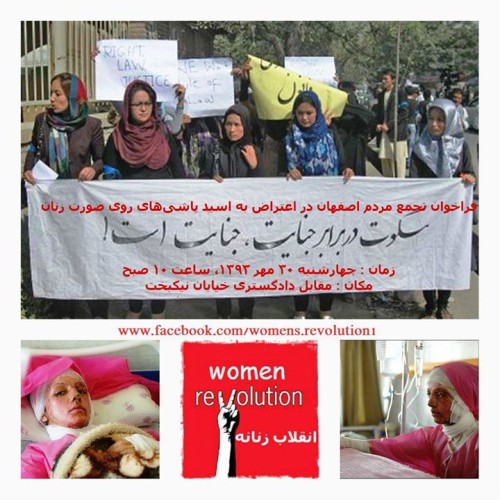 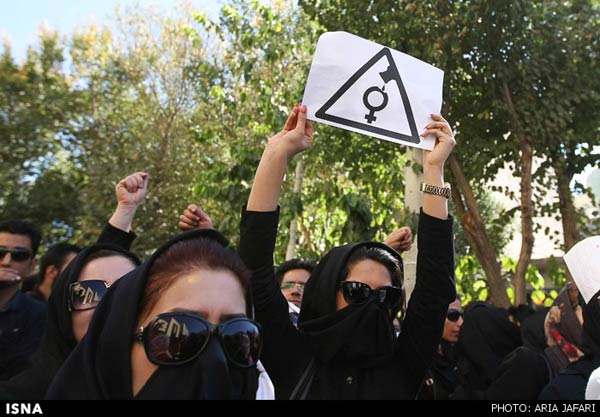