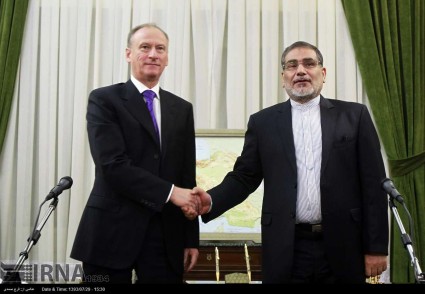 The Iranian outlet Tasnim News, citing an “Iraqi source”, claims that Iran and Russia have created a joint operations headquarters in Iraq to fight the Islamic State.

“Over 60 military experts from Russia and Iran created a joint operations headquarters in the Al Rasheed Hotel in the Iraqi capital of Baghdad,” the report said. It said the military experts would help Iraqi commanders in the campaign against the jihadists.

The claim comes amid a series of meetings between Iranian and Russian officials. On Tuesday the Secretary of Iran’s National Security Council, Ali Shamkhani, met his Russian counterpart Nikolai Patrushev in Tehran and denounced the US-led coalition in Iraq: “The Islamic State was a result of wrong policies in supporting and arming the terrorist groups.”

And yesterday Iran’s Deputy Foreign Minister Hossein Amir-Abdollahian conferred with his Russian counterpart, Mikhail Bogdanov. Iranian State media said the men agreed it was “necessary for countries to responsibly, transparently, and sincerely confront terrorism, stressing that recognized international laws should be observed in this regard”.

Meanwhile, Tehran has been hosting Iraqi Prime Minister Haidar al-Abadi, including an audience with the Supreme Leader.