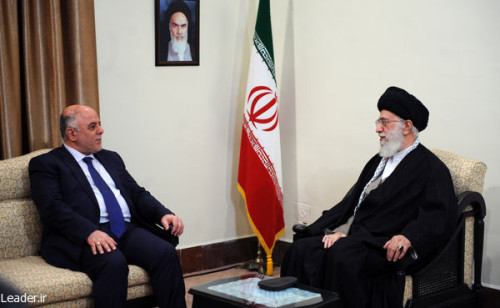 Iran Analysis: Will Tehran Accept Partial Removal of Sanctions for a Nuclear Deal?

UPDATE 0810 GMT: As the Supreme Leader denounced the US-led coalition in Iraq — and again linked the issue to Iran’s support of Syria — Tehran and Russia showed solidarity in their line against Washington.

After the discussion, Shamkhani said:

The Islamic State was a result of wrong policies in supporting and arming the terrorist groups. Those who have partaken in equipping these groups with military and financial aid must now take responsibility for such acts.

To differentiate between the good terrorist, the moderate terrorist, and the bad terrorist is illusory and based on a profit-seeking approach.

The meeting took place a day after Russian Foreign Minister Sergei Lavrov derided the US-led coalition in a press conference in Moscow:

If speaking about a coalition, then let’s make a coalition, let the UN Security Council make decisions that will be grounded on international law. I would say that fighting terrorism under geopolitical interests and attempts to punish undesirable regimes is very incorrect and even immoral.

Ayatollah Khamenei said, “We have no trust and confidence in the honesty of those making these remarks [against the Islamic State] and believe that the issue of the Islamic State and terrorism should be resolved by regional countries.”

Khamenei linked his call for Iranian leading influence in the Iraqi crisis with Tehran’s alliance with the Syrian regime:

The present circumstances in the region, including in Iraq, are the outcome of irresponsible policies adopted by transregional powers and certain regional countries in Syria.

We believe that the Iraqi nation and government, particularly the country’s youths, are capable of overcoming terrorists and establishing security and there is no need for the presence of foreigners.

According to Iranian State outlet Press TV, the Iraqi Prime Minister “appreciated Iran’s stance and role in the fight against the Islamic State militants and said that insightful people of Iran and Iraq can force terrorists to withdraw”.

In his meeting with al-Abadi, President Rouhani asserted, “Those who claim to be fighting against terrorism and those who have formed a coalition should first cut the financial aid to the terrorist groups.”

Rouhani declared, “The Islamic Republic of Iran has stood beside the Iraqi nation and army to support them in their campaign against the terrorist groups, and it will remain on the same path to the last day and will spare no efforts to help the Iraqi government.”

Nasrin Sotoudeh, the prominent human rights attorney who served a three-year prison sentence for her work, has staged a sit-in in front of the Tehran Bar Association to protest a ban on her practice of law.

The police and intelligence services dispersed the protest after several hours. They seized the camera of a journalist working for AFP, deleting his photos.

Sotoudeh was given a 10-year prison sentence in December 2010, later reduced to six years on appeal. She released from Evin Prison in September 2013.

Detainees in Rajai Shahr Prison, west of Tehran, declare solidarity with the Syrian Kurdish town of Kobane, under attack for weeks by the Islamic State: 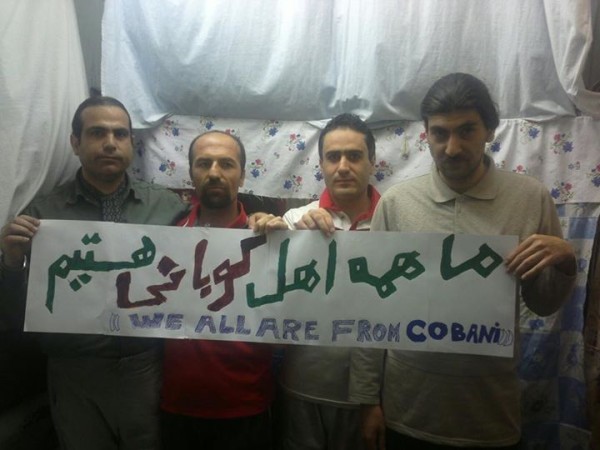