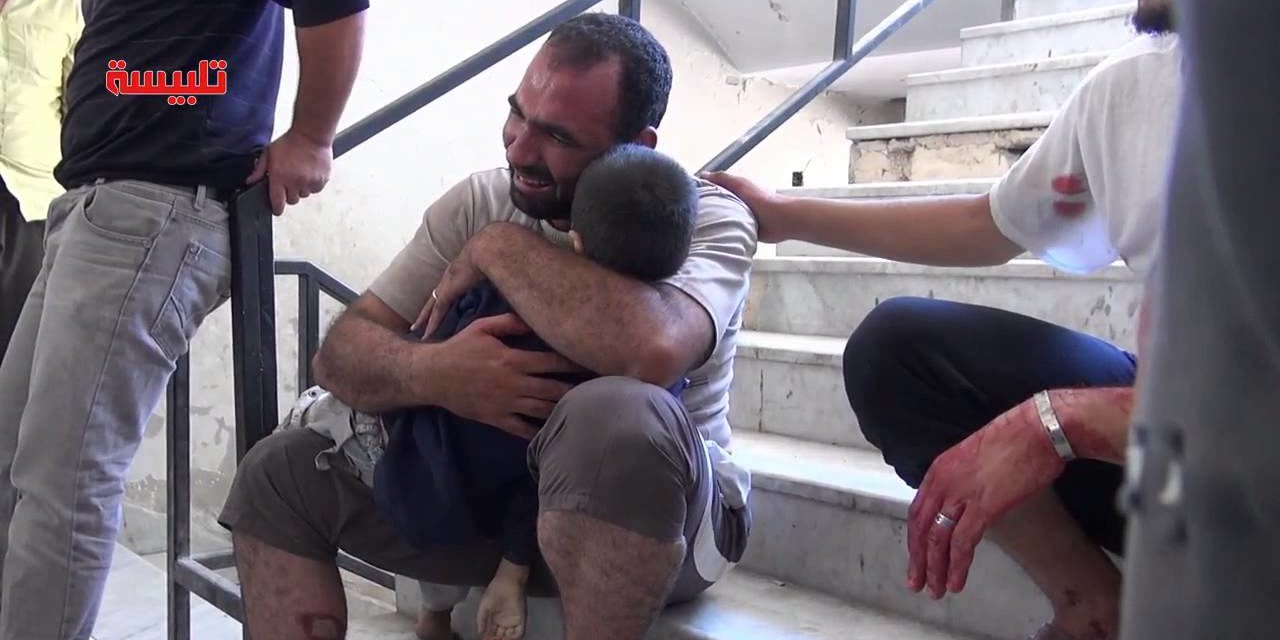 LATEST: Kurds Try to Hold Islamic State Back From Kobane in Northeast Syria

Defense Secretary Chuck Hagel has said that the US plans to carry out airstrikes against the Islamic State’s “safe havens in Syria, including its command and control, logistics capabilities, and infrastructure.”

The Chairman of the Joint Chiefs of Staff, General Martin Dempsey told the Senate Armed Services Committee on Tuesday that the campaign would not resemble the 2003 “shock and awe” against Iraqi leader Saddam Hussein, “but it will be persistent and sustainable”.

Hagel and Dempsey said President Obama’s campaign against the Islamic State in Syria, for which he has requested $500 million from Congress, would include the training and equipping of 5,000 Syrian fighters.

Senator John McCain, a long-time advocate of widespread support for the insurgency and US intervention, said he doubted that the 5,000 Syrian fighters — who could not be trained for months — would be able to fight off the Islamic State combatants: “To many of us that seems like an inadequate response.”

“It’s clearly not enough,” said Representative Tom Rooney. “If the Islamic State is truly a national security threat that needs to be destroyed, then we need to destroy them. And anybody you talk to who knows what they’re talking about believes that arming the rebels is insufficient.”

However, other legislators expressed doubts about arming fighters who have no allegiance to the US.

The House of Representatives is scheduled to vote on the $500 million request on Wednesday.

Islamic State forces have reportedly closed on the Kurdish town of Kobane (Ayn al Arab) in northeast Syria, fighting for control of villages just to the west.

Footage of Kurdish forces in action against the jihadists:

After retreating over the past week, insurgents have tried to regain the offensive in Hama Province, claiming the capture of several villages, including Jalama, Alzlakiet, and Tel Salt, and regime checkpoints and barriers.

The Syrian military had pushed back the insurgency, which had been as close as 2-3 kilometers from Hama Military Airport, with a counter-offensive which reached as far as the town of Halfaya.

The opposition Syrian National Coalition’s Health Minister, Adnan Hazouri, has been dismissed after the deaths of children from tainted vaccinations in Idlib Province in northwest Syria.

An investigation is ongoing over the cause, but Hazouri was responsible for the distribution of the World Health Organization measles vaccines in liberated areas.

The suspect vaccines were in one health center near Maarat al-Num’an. Activists and relief agencies gave varying estimates of deaths from 15 to 36.

Syria has disclosed three new chemical weapons facilities to the Organisation for the Prohibition of Chemical Weapons, almost three months after the deadline for handover of its stocks.

The Assad regime revealed a research and development facility and a laboratory to produce the poison ricin, according to diplomatic sources.

Sigrid Kaag, the head of the OPCW team investigating the chemical weapons arsenals, told reporters during a Damascus visit last week that the regime had yet to address “some discrepancies or questions” about its declaration.

Damascus said the laboratory for ricin was inaccessible to inspectors due to ongoing fighting between insurgents and Syrian forces. A diplomatic source said the plant was destroyed before Syria joined the OPCW. A

At another location, “small amounts of experimental work” were carried out on chemical weapons development.

UN Withdraws Most of Its Troops From Golan Heights, Near Demilitarized Zone with Israel

The UN has withdrawn the majority of its troops from the Golan Heights, near the demilitarized zone with Israel, because of a “severely deteriorating situation in the past few days”.

UN vehicles were seen driving toward the Israeli side of the border.

The withdrawal follows this month’s abduction of 45 Fijian peacekeepers and pressure on more than 70 Filipino troops, amid an insurgent offensive taking territory in Syria’s Quneitra Province.

The Fijians were released last Thursday by the Islamist faction Jabhat a-Nusra.

A UN force has monitored the demilitarized zone in the Golan Heights since 1975.

Syrian State media said Fayyad briefed Assad on “the efforts exerted by the Iraqi government and people to confront terrorists, with emphasis during the meeting on the need to bolster cooperation and coordination” between Iraq and Syria.

Assad responded with a call to pressure “the states that support and fund terrorist organizations in Syria and Iraq and that are now claiming to combat terrorism”.

A man holds a child victim of the continuing regime airstrikes on Talbiseh in Homs Province:

Syrian warplanes have bombed the town since Monday, killing dozens of people.

A commander of the insurgent Harakat al-Hazm, Abu Hatem al-Duhaik, is said to be among Tuesday’s dead.

UN: Assad Regime “Responsibility for Majority of Killing and Maiming of Civilians”

The UN’s team monitoring abuses in Syria has maintained focus on the Assad regime, even with the escalation of crimes against civilians by the Islamic State.

In a report to the Human Rights Council, the chairman of the team, Paulo Sérgio Pinheiro, has criticized the Islamic State for “continuing” to brutally and publicly execute civilians, as well as captured rebel fighters and Government soldiers”, while maintaining that the regime “remains responsible for the majority of the civilian casualties, killing and maiming scores of civilians daily”.

Pinheiro spoke of killing “from a distance” by shelling and bombing and “up close at checkpoints and in…interrogation rooms”. He also condemned regime sieges as a “surrender or starve” strategy.

In addition to criticism of the Islamic State’s “massacres”, as well as its banning of women from public life and its exposure of children to violence, Pinheiro said “anti-Government armed groups continue to commit crimes with no regard to international law”. He specifically cited two car bombs by Jabhat al-Nusra that killed civilians in a village in eastern Hama Province in early August.

The official repeated frustration, expressed by UN human rights head Navi Pillay, that inaction by the Security Council had “nourished the violence”: “Its most recent beneficiary is the Islamic State.”