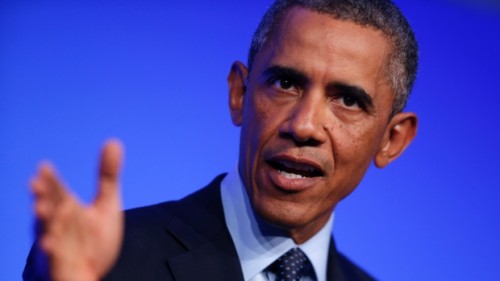 US Secretary of State John Kerry arriving this morning in Riyadh
— he is joining members of the Gulf Cooperation Council, Egypt, Turkey, and Jordan for discussions of measures against the Islamic State: 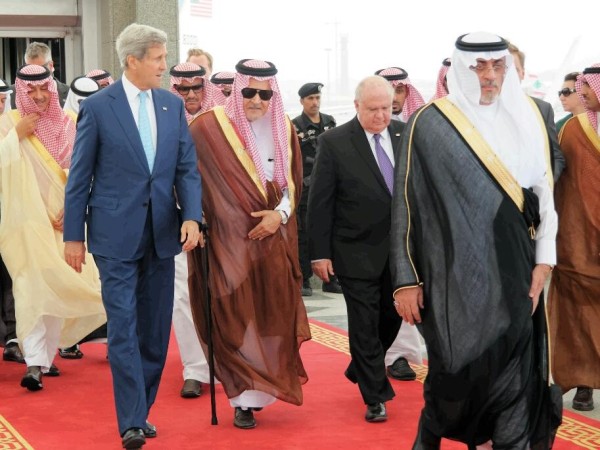 Declaring that he was “eradicating a cancer” called the Islamic State, President Obama said on Wednesday night that he is deploying another 475 US military personnel to Iraq, accompanying US airstrikes against the jihadists.

Obama said on prime-time TV that the US is establishing a global coalition to “degrade and ultimately destroy” the Islamic State, which has led the insurgent takeover of areas of western and northern Iraq — including cities like Mosul, Tikrit, and Fallujah — since early 2014.

The President also promised US airstrikes against the jihadists’ positions across northern and eastern Syria, across the border from northern Iraq.

Obama has authorized the deployment of more than 1,000 US advisors and special forces since an Islamic State offensive in June captured Mosul and Tikrit and advanced on Baghdad. US airstrikes were launched on August 8 in northwest Iraq as the jihadists took the Mosul Dam and threatened areas of Iraqi Kurdistan.

In the past month, the Americans have carried out almost 150 aerial attacks as an Iraqi-Kurdish counter-offensive, assisted by Iranian advisors on the ground, has reclaimed parts of northern Iraq, including the Mosul Dam. Last week the US air campaign bolstered Iraqi troops as they held the Haditha Dam in the west of the country.

Obama pledged last night that the additional orders did not mean a repeat of the 2003 ground invasion to overthrow Saddam Hussein and the subsequent American occupation that failed to stabilize Iraq, as hundred of thousands of Iraqis were killed: “These American forces will not have a combat mission; we will not get dragged into another ground war in Iraq.”

On Wednesday, Washington prepared for the Obama speech with the despatch of US Secretary of State John Kerry to Iraq for talks with leaders such as the new Prime Minister, Haidar al-Abadi. The President also called King Abdullah of Saudi Arabia.