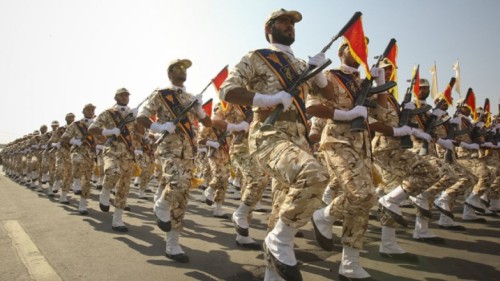 Abruptly changing its position, Iran has said that it sent troops into eastern Iraq last week to assist Kurdish forces against the Islamic State.

Fazli did not say how many troops crossed the border.

Last weekend sources told Al Jazeera that up to 1,500 Iranian soldiers were involved in a fight for control of Jalawla, about 70 miles north of Baghdad, in Diyala. Kurdish activists posted photos of what it claimed were Iranian tanks — reportedly part of the 181st Armored Division moving towards the area.

On Sunday, Foreign Minister Mohammad Javad Zarif — who was in Iraq for two days of talks with senior political and religious officials — denied the claims, “We believe that our Iraqi brothers, including Kurdish and Sunni brothers, are capable of defending themselves and Iraq does not need Iran to defend it.” Iraqi Foreign Minister Hoshyar Zebari assured, “When we asked for international support against the ISIL (Islamic State), we didn’t want military forces since there are no deficiencies in the number of Iraqi army forces and the (Kurdish) peshmerga.”

However, on Monday Fazli said Iran’s strategy led to the withdrawal of Islamic State fighters from some of the territory they have seized since their offensive moved towards Baghdad in June.

The Interior Minister said Tehran was concerned that the jihadists might capture Iraq’s holy cities.

In June, Iran sent in military advisors — including the head of the Qods Force, Qassem Soleimani — and troops to bolster Iraqi forces retreating before the insurgent advance. The Iranian units were reportedly involved in supporting Samarra, north of Baghdad, which has two important Shia mosques.

After the meetings, Zarif said all efforts should be mobilized to guarantee the security of the Iraqi nation and Government in the face of terrorism.

Sistani has been prominent in the call for all Iraqis to support the Government and armed forces against insurgents, led by the Islamic State. His decision to withdraw support from Prime Minister Nuri al-Maliki at the end of July was instrumental in a shift of position by Iran and the departure of al-Maliki in favor of Haidar al-Abadi.