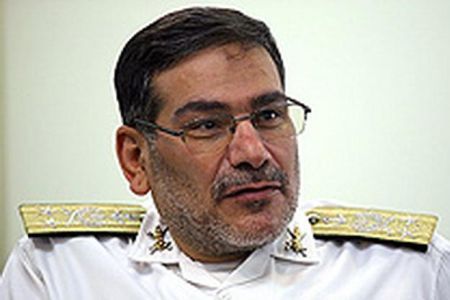 Iranian media report that the Secretary of Iran’s Supreme National Security Council, Ali Shamkhani, has been in Iraq for talks with high-level officials, including Prime Minister Nuri al-Maliki.

Shamkhani met both Shia representatives and the leader of the Sunni Iraqi Islamic Party, Ayad al-Samarrai.

No details are given of the discussions, with platitudes such as “Shamkhani and Maliki underlined the need for the further expansion of mutual cooperation”.

Fars says Shamkhani “congratulated the Iraqi nation and government for their recent victories against the Takfiri terrorists”, while Maliki “thanked Iran for its spiritual support and generous offer of dispatch any type of assistance that Iraq might deem as necessary in its campaign on terrorism”.

Iran has maintained political and military support of the Iraqi Government since an insurgent offensive in early June seized the Iraqi cities of Mosul and Tikrit and advanced on Baghdad.

The Iranians have officially denied the despatch of their forces to check the offensive, but the head of the elite Qods Force, General Qassem Soleimani, has been in and near Baghdad for discussions with Iraqi officials and review of frontlines. Reports also claim two Qods Force battalions and Iranian militia have been deployed, along with Iranian-supported Iraqi militia, to bolster Iraq’s military.

Tehran has held back from insisting that Maliki must remain as Prime Minister, but has been firm in backing of the Government. It has also insisted that Kurdistan must not break away from a federal Iraq.

The latest Iranian propaganda over the Israel-Gaza conflict comes from Brigadier General Seyed Mohammad Baqerzadeh, who asserts that Israel is hiding the corpses of its citizens killed by “retaliatory attacks”.

“The Zionist regime’s casualties are gradually increasing and the regime has faced a new challenge for hiding the number of its casualties,” Baqerzadeh, who lead Iran’s committee for the missing in action, said on Saturday.

He claimed corpses were moved by ambulances at night to new cemeteries in the deserts near Eshkol and Tel Aviv, requiring hospitals to hold the bodies for days until they can be transported.

We have seen nothing elsewhere matching Press TV’s claim. Twitter has suspended the account of the Brigades.