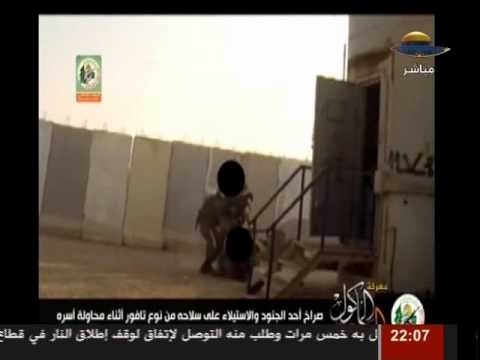 Video posted on Tuesday by the Al-Qassam Brigades, the military wing of Hamas, shows its fighters infiltrating Israel via a tunnel, attacking an outpost, and killing an Israeli soldier at close range as he lies on the ground.

Israel said that five of its troops had been killed in the Monday attack near Nahal Oz.

Israel’s official military objective in the airstrikes and ground offensive into Gaza is the demolition of the cross-border tunnels.