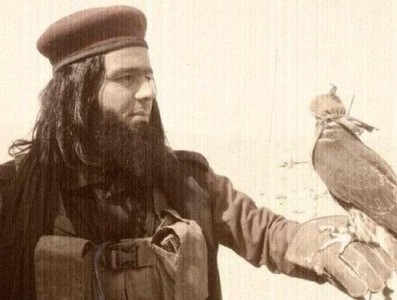 Abu Sumayyah al-Britani, a British foreign fighter with the Islamic State of Iraq and as-Sham, is interviewed by Jonathan Krohn and Emma Beals of the “ISIS Show”.

Speaking from an Internet cafe in Idlib Province in northwest Syria on May 25 — as rockets fall nearby — Abu Sumayyah talks about the conflict (“We have been successful so far in pushing back the regime”) and his motive for going to Syria, developed as he and others were imprisoned on “trumped-up charges…related to religion” : “What radicalized me the most was the American Government, the British Government, the European Governments, and what they were doing with our people in Iraq and Afghanistan.”

Abu Sumayyah says that ISIS fighters are burning their passports as they renounce their nationalities in preparation for the Caliphate: “Our citizenship means nothing to us.” He claims that local people are also breaking away from their Syrian identity.

The fighter adds that ISIS fighters, as well as those of groups like Jabhat al-Nusra, have no intention on returning to their home countries to carry out terrorist attacks — “We have a good life here” — and that the claim is “scare-mongering” by foreign governments.

Abu Sumayyah, who says he has not spoken to his wife and three children since he went to Syria, says the only thing he misses about Britain is “a good Internet connection”: “I felt like I was in prison in that country….To be here is freedom….It’s like I’m flying.”

And fighting? “It’s actually quite fun….It’s better than Call of Duty.”