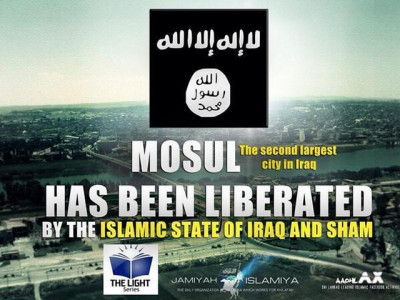 The fall of Mosul, Iraq’s second-largest city, to Sunni militants this week was facilitated by the sectarian distrust and stalemate among Iraq’s political leaders.

Prime Minister Nouri Maliki blames his Sunni political opponents for conspiring against him and supporting armed groups like those that took Mosul, while his Kurdish and Sunni rivals — including Mosul governor Atheel Nujaifi and brother Osama, the outgoing speaker of parliament — say he failed to heed their warnings that Mosul’s implosion was coming.

While the politicians were deadlocked in charge and counter-charge, the Sunni militants grew in strength and took advantage of their divisions, which could lead to Iraq’s break-up into Shi’ite, Sunni and Kurdish territories.

It had long been known that Mosul, a city of 2 million people, hosted not just the Islamic State of Iraq and the Levant (ISIL) but also the Baathist militant group the Jaish Naqshbandi, believed to be headed by Ezzat Ibrahim al Douri, a former close aide to Saddam Hussein.

After the fall of Saddam in 2003, officers from the old Iraqi army who had not been reconciled to the new order collected there.

The city’s proximity to the border with Syria allowed Baathists — Saddam’s political party — and Islamic extremists freedom of movement.

Maliki’s own senior commander in Mosul, Mahdi Gharawi, who fled the city early on Tuesday, estimated in December that the province contained around 1,000 members of ISIL, a group that splintered from al Qaeda.

“Al Qaeda needs Mosul. They think of Mosul as their Islamic emirate,” Gharawi said then.

“It is easy for them to hide (in Mosul). They are adopted by different elements in the city and province. The government made mistakes, and ISIL capitalised on each one,” he said.

Despite this knowledge, the government failed to act.

Mosul governor Atheel Nujaifi, who fled the city this week said: “There are camps in the desert, and we have repeatedly asked the government to bomb these camps instead of luring ISIL into the cities to fight it.”

The Kurds also complained after the insurgents’ gains on Tuesday that Maliki had not heeded their warnings and offers of forming joint Kurdish-Arab units to defeat ISIL.

Jabbar Yawar, the head of the ministry of Pershmerga, said his warnings about ISIL had fallen on deaf ears.

“They imagined that what we were saying was a political issue.”

Khalid al-Assadi, a member of Maliki’s State of Law alliance, said the Nujaifis and the Kurds were always trying to force the army out of Mosul.

“I myself held more than one meeting with Atheel Al-Nujaifi in which he was saying that Mosul is peaceful and doesn’t need all these troops and the army must be withdrawn.”

At heart, the issue is a lack of trust in opponents that Maliki feared were trying to undermine his central authority.

Collaborating with the Kurds, who run their own autonomous region and are in dispute with Maliki’s government over oil revenues, would have seemed like a setback for him; he had purged military units of Kurds in the north since 2008 as he started to rebuild the central government.