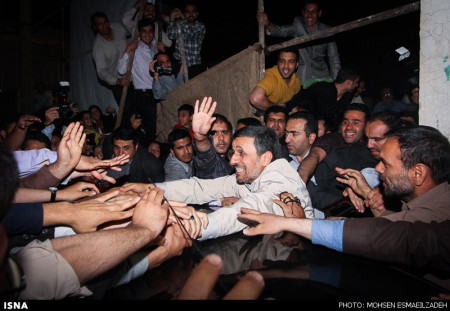 Former President Mahmoud Ahmadinejad has fed the ongoing chatter that he is planning a political comeback, speaking in Mashhad in northeastern Iran on the 25th anniversary of Ayatollah Khomeini’s death.

The Iranian Students News Agency features a series of photographs by Mohsen Esmaeilzadeh from the event, with Ahmadinejad speaking in front of large posters of Khomeini and the current Supreme Leader: 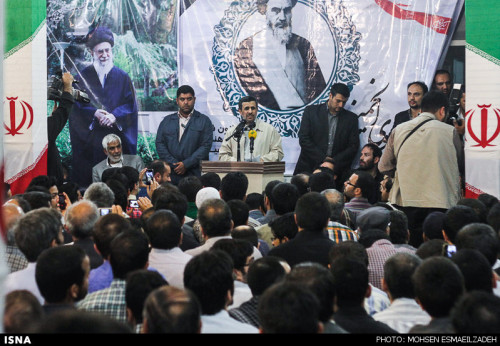 One observer, noting that Ahmadinejad visited Mashhad and the Imam Reza Shrine immediately after he won the 2004 Presidential election, said that “tonight could be the beginning of a litmus test gauge his popularity”.

The Fararu newspaper posts other clues to a comeback. Ahmad Khorshidi, the father of Ahmadinejad’s son-in-law, says that the former President has distanced himself from his controversial Chief of Staff Esfandiar Rahim-Mashai: “Ahmadinejad recently has been talking about Mashai less and less and he has separated himself from Mashai’s office.” Davoud Ahmadinejad, who has been critical of his brother and the relationship with Mashai, claims there is “a strong chance” that Mahmoud will run for president again. 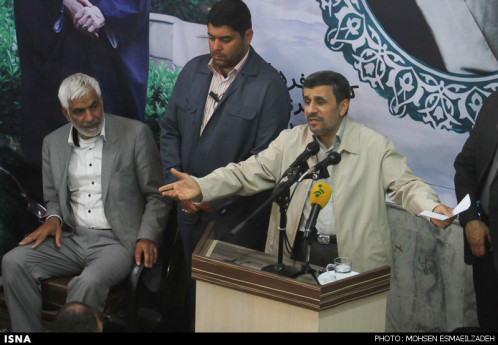 In April, reformist newspapers reported that Ahmadinejad’s supporters were planning his return to front-line politics, establishing media groups and websites. Even Twitter, banned in Iran, came into play with the appearance of the account “DrAhmadinejad”.

We were sceptical at the time about the reports, even if allies of Ahmadinejad had joined the Endurance Front, the main hardline opposition to the Rouhani Government.

Is there any reason to change that view after Ahmadinejad’s appearance in Mashhad? 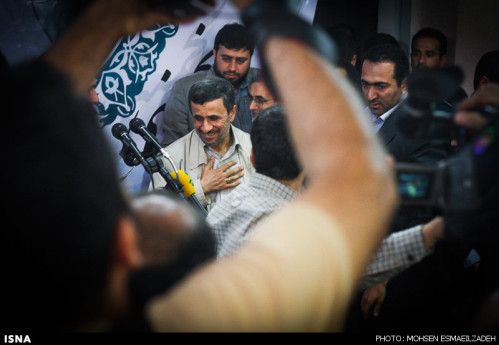