Syria: Dozens of Casualties in Regime Airstrike on Al-Atarib near Aleppo 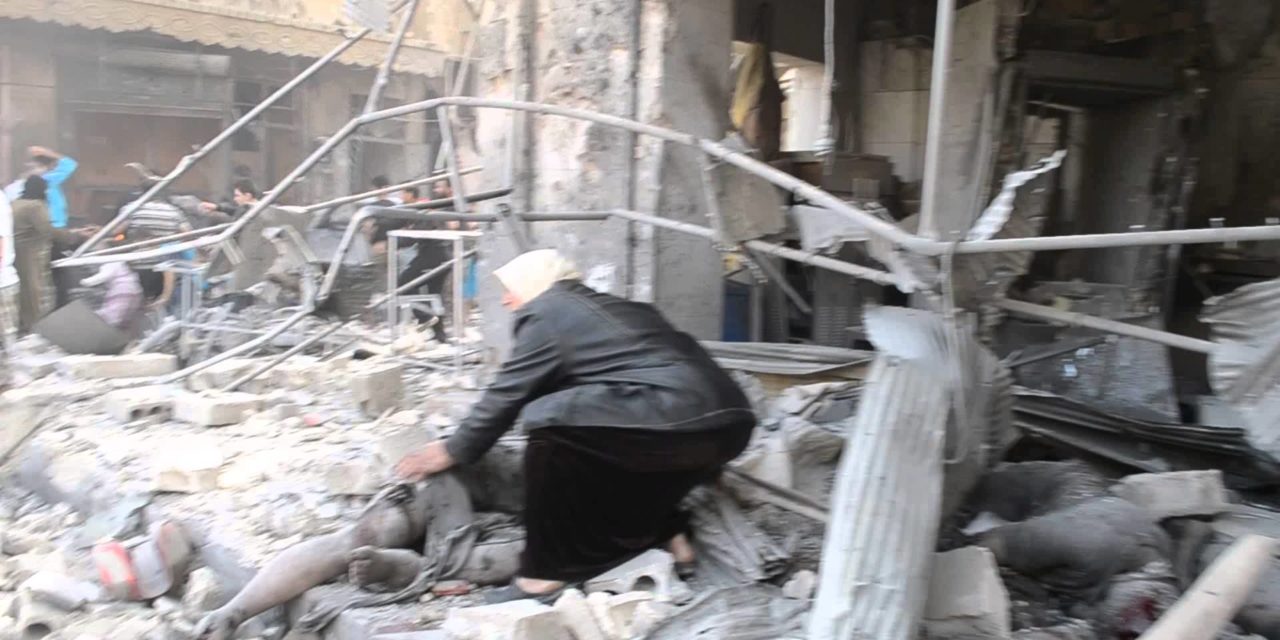 Sources report dozens of people were killed and wounded by a regime airstrike on al-Atarib, 25 kilometers (15 miles) west of Aleppo, on Thursday.

Graphic photos of casualties have been posted, with limbs scattered across the road.

The Syrian military has escalated its bombing of civilian areas in and near Aleppo since December, killing hundreds of civilians. The latest attacks come amid insurgent advances northwest and south of Syria’s largest city, putting pressure on regime forces in the western half of Aleppo.