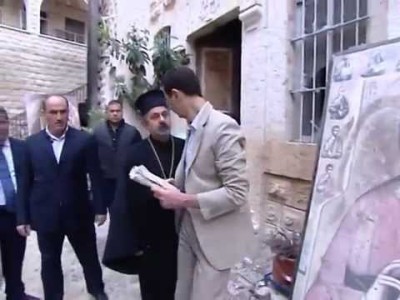 President Assad has combined Easter with a high-profile PR message, visiting the ancient Christian town of Maaloula, northeast of Damascus.

Maaloula, where Aramaic is still spoken, was reclaimed by Syrian forces last week. Insurgents had moved into the center of the town. where there has been periodic fighting since last summer, in December.

Assad visited two monasteries, seeing damage which he claimed had been caused by insurgents: “No one, whatever their terrorism reached, can erase our human and cultural history.” 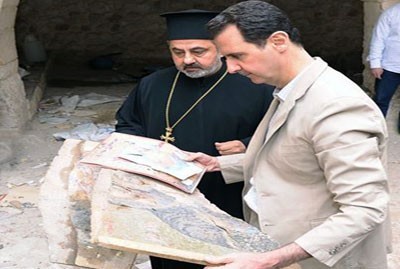 The President added, “Maloula will remain, along with other Syrian human and cultural landmarks, steadfast in face of the obscurantism and barbarianism of all those who are targeting the homeland.”

The regime has portrayed the Syrian insurgency as one which threatens the country’s Christians. It declared that opposition fighters had desecrated monasteries, churches, and convents and kidnapped 13 nuns during their operations in Maaloula. 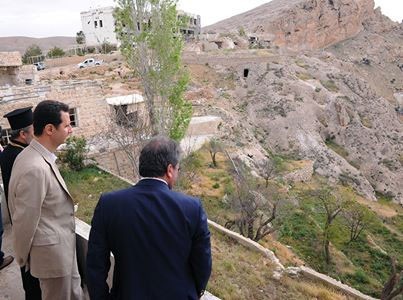