Palestine and Israel: Is Abbas Closing Door on Talks? 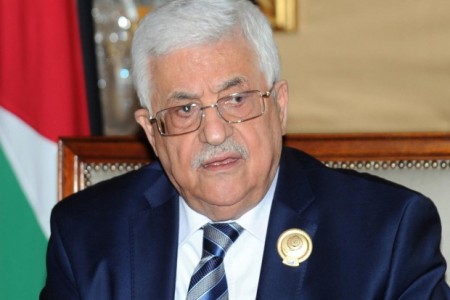 Mahmoud Abbas, the head of the Palestinian Authority, has requested accession to 15 United Nations agencies and international treaties.

Abbas has been warned that the request might block further talks with Israel, but he said on Tuesday that the request for membership had been signed and would “be sent immediately” to the agencies: “This is not a move against America, or any other party — it is our right, and we agreed to suspend it for nine months.”

US Secretary of State John Kerry, who brokered a resumption of Israeli-Palestinian talks last summer, immediately announced that he was cancelling a trip to the region on Wednesday.

“It is completely premature tonight to draw any kind of judgment, certainly any final judgment, about today’s events and where things are,” Kerry told reporters in Brussels at a NATO ministerial meeting.

Through the accessions, Palestine could move for recognition as an independent state and approach the International Criminal Court for judgements.

Abbas appeared at act after the Israels refused to release a group of 26 prisoners.

West Jerusalem had said, under the US-brokered deal last July, that it would release 104 Palestinians held since before the 1993 Oslo peace accords, in exchange for Palestine not pressing for recognition of independence.

The Israelis appear to have held onto the final group of detainee to extend talks beyond their April 29 deadline.

Israel has also expanded settlements in the West Bank and East Jerusalem, with thousands of new units. On Tuesday, tenders were reissued for hundreds of settler homes in the East Jerusalem settlement neighbourhood of Gilo.