Iran: Judiciary to Iranians “Return to Tehran and Be Arrested” 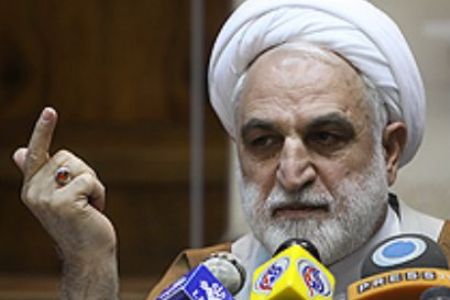 Soon after his inauguration last August, President Rouhani said, “One of our treasures are Iranians living abroad. I call on the Majlis and the government to facilitate their return.”

The following month, when he was in New York City for the United Nations General Assembly, Rouhani told Iranian citizens, “The government believes it is its duty to facilitate the travel of Iranians to their home country. It is the natural right of every Iranian to visit his place of birth. We do not have the right to deny this.”

Speaking to reporters this week, Iran Prosecutor General Gholam-Hossein Mohseni Ejei said, “A number of individuals who are suspects in the 2009 sedition events” — the mass protests” after the disputed Presidential election — “and had fled out of the country have been prosecuted in absentia in March and have been sentenced.”

Mohseni Ejei’s remarks are in sharp to those of Deputy Foreign Minister Hassan Ghashghai, who said that Rouhani had asked Government ministries, including Intelligence and Foreign Affairs, to set up a committee to facilitate the return of Iranians.

Ghashghai claimed, “The secretary of the committee in the Ministry of Intelligence held regular meetings at the ministry which had reached some good conclusions on this issue.” He said a special e-mail account had been established so Iranians living abroad could inquire about their status:

If any person has real concerns about returning to the country he can inquire from us. We will ask the relevant authorities and they will tell us the real situation. We will not lie to individuals. If we do, then the reputation of the foreign ministry will be undermined.

Intelligence Minister Mahmoud Alavi offered support, “We guarantee that any Iranian who has no violations will have no problems.”

But Mohseni Ejei has a far different view:

Individuals who have committed oppressive acts against people during the 2009 sedition will be legally pursued if they return to Iran.

If such a person returns, he will be arrested.