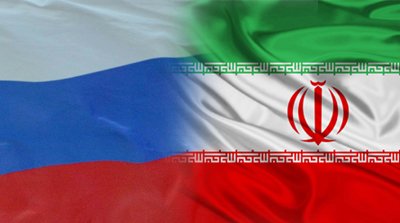 LATEST: US “Serious Concerns” About Iran’s Choice of UN Ambassador

Reuters, citing Russian and Iranian officials, reports that Iran and Russia have made progress with an oil-for-goods deal worth up to $20 billion.

Under the agreement, Moscow would buy up to 500,000 barrels a day of Iranian oil in exchange for equipment and goods.

The arrangement would be a vital boost to Iran’s economy, which has been constricted by tough sanctions on oil exports. Tehran’s sales have recovered to 1.36 billion barrels per day (bpd), from a historic low of less than 800,000 bpd in 2013, but they are are still almost 40% below the level of 2.2 billion bpd in 2012.

A Russian source said Moscow had “prepared all documents from its side”, with completion of a $15 billion to $20 billion deal awaiting agreement on the price per barrel of oil.

Two Iranian officials put the deal at $20 billion, with exports of around 500,000 barrels a day for two to three years.

The Russian source said Moscow would send industrial goods, metals, and food to Iran, but no military equipment. However, one Iranian official said missiles would also be part of the deal, as well as assistance with the construction of two nuclear plants.

US “Serious Concerns” About Iran’s Choice of UN Ambassador

The US State Department has expressed “serious concerns” about Iran’s possible appointment of Hamid Aboutalebi as Ambassador to the United Nations.

“We think this nomination would be extremely troubling,” State Department spokesperson Marie Harf said. “We are taking a close look at the case now and we have raised our serious concerns about this possible nomination with the government of Iran.”

Claims are circulating that Aboutalebi, a career diplomat who has held several posts in European capitals, played a part in the student takeover of the US Embassy in Tehran in 1979.

Aboutalebi has said that he served as a translator on occasion during the 444-day takeover, in which 52 Americans were held hostage, but had not been involved otherwise.

Ebrahim Asgharzadeh, a leader of the students in 1979, confirmed Aboutalebi’s version of his role:

He wasn’t one of the core group of students. His involvement was peripheral. He was one of the guys the students used because of his fluency in English.

Iranian authorities said this week that Aboutalebi’s nomination was not yet official.

Expert-level talks between Iran and the 5+1 Powers, preparing for Monday’s resumption of high-level negotiations, begin in Vienna today.

The experts are discussing technical details of a comprehensive agreement, including the number of Iranian centrifuges to enrich uranium and the status of Iran’s facilities such as the Fordoo uranium enrichment plant and the Arak heavy-water reactor.

In November, Iran and the 5+1 Powers (US, Britain, Germany, France, Russia, and China) signed a six-month interim agreement, which came into effect on January 20. Both sides have said they are hoping for a comprehensive deal by July.

Iran Tries to Rebuild Relationship with Gulf States over Syria

Abdollahian said Tehran hoped for talks with Saudi Arabia within the next month.

In autumn 2012, Iran pursued a four-nation mediation group, with the Saudis, Turkey, and Egypt. However, the effort failed when Riyadh balked at sending a high-level official to talks in Egypt.

On Wednesday, Abdollahian maintained Tehran’s line on the insurgency: “The ongoing conflict in Syria could only be resolved if the flow of foreign-sponsored militants and weapons into Syria stops.”

The Minister offered a small concession on a political transition, “We aren’t seeking to have Bashar al-Assad remain president for life,” but added, “We do not subscribe to the idea of using extremist forces and terrorism to topple Assad and the Syrian government.”