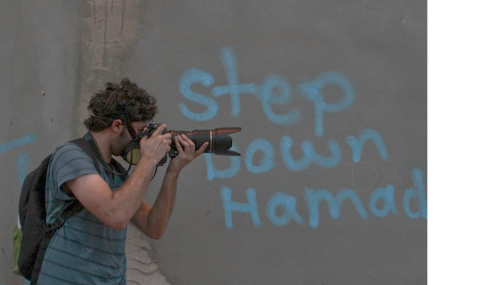 He was one of more than 30 defendants charged with participating in an attack on a police station on the island of Sitra in 2012. Humaidan was at the site documenting the attack as part of his ongoing coverage of protest and tensions in Bahrain.

Humaidan is one of 14 photographers imprisoned in the Kingdom, following the start of the mass demonstrations for reforms and rights in February 2011. Journalist Hussein Hubail, detained since July 2013 and accused of inciting against “public order and the community’s security”, appeared in court on Monday despite reports of failing health.

In January 2013, an EA correspondent in Bahrain wrote just after Humaidan’s arrest:

Holding his Nikon D300 with a big zoom lens, a gas mask covering his face — that’s how I remember seeing Ahmed Humaidan in every protest and rally I have joined.

Now I am unlikely to see him for a very long time. On 29 December, Ahmed was abducted by 15 plainclothes security personnel from a shopping mall: he had taken a break from his work to go to the cinema.

Ahmed is 25 years old, from the small village of Mehaza. His passion for photography started on April 2011 — two months after the first mass protests of the Pearl Revolution — when he bought his first professional camera. From then to last week, he never stopped documenting events. 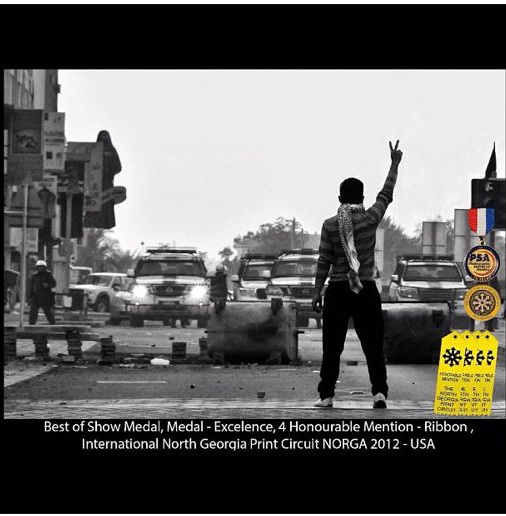 Unlike other photojournalists who preferred to remain anonymous, Ahmed was posting the pictures with his real identity, joining international photography organizations. It was not long before his pictures started winning competitions and prizes. By December 2012, he had been honoured in 143 of those competitions, including those of the International Federation of Photographic Art and the Photographic Society of America. 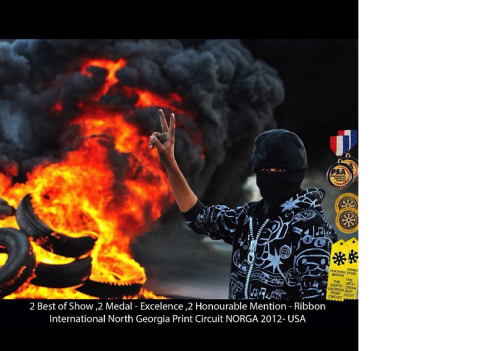 That acclaim made him a target for the regime.

Every time Ahmed won a prize, the chance of a raid increased. The first one took place in April. Since then, his parents’ house has been invaded at least five times; other relatives’ houses on four occasions.

During the last eight months, Ahmed had not spent a night in his home. He lost his job in September, and he delayed his marriage, planned for last month. But he never stopped taking pictures.

I still remember the only time I saw Ahmed depressed, his camera broken after police officers spotted him taking photos of one of the daily protests in his village and chased him. He told me, “I feel lost without my camera. My hands itch every time there’s a protest and I can’t document it.” 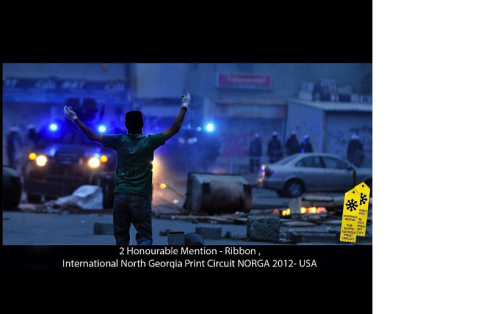 Now his documentation has been halted, possibly for good. Last Saturday, one of the plainclothes officers who accosted him in the mall asked him to walk with them without any resistance. He disappeared in the mall parking lot.

On Sunday evening, after a search by his family, Ahmed finally called to say, “Am at the CID head office, I am OK.” Then the line was cut.

On Tuesday morning, Ahmed’s lawyer finally obtained more information. Ahmed had been presented in front of Judge Ibrahim AlZayed, who ordered that he be detained until 15 January, when he will appear in court again. 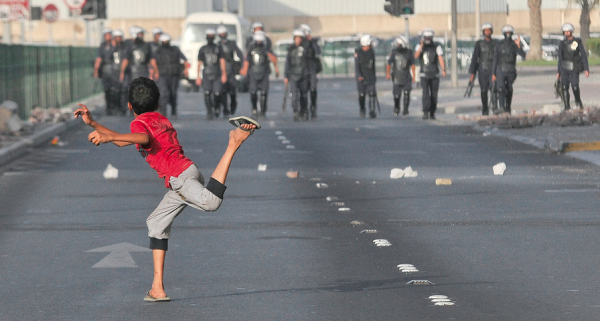 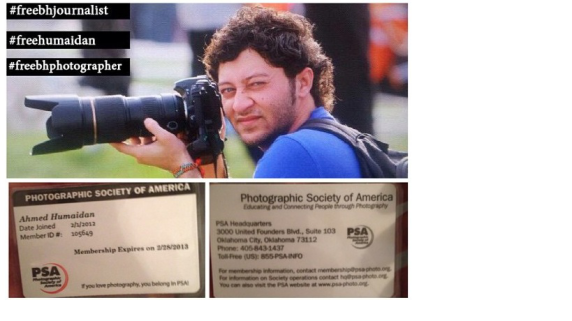