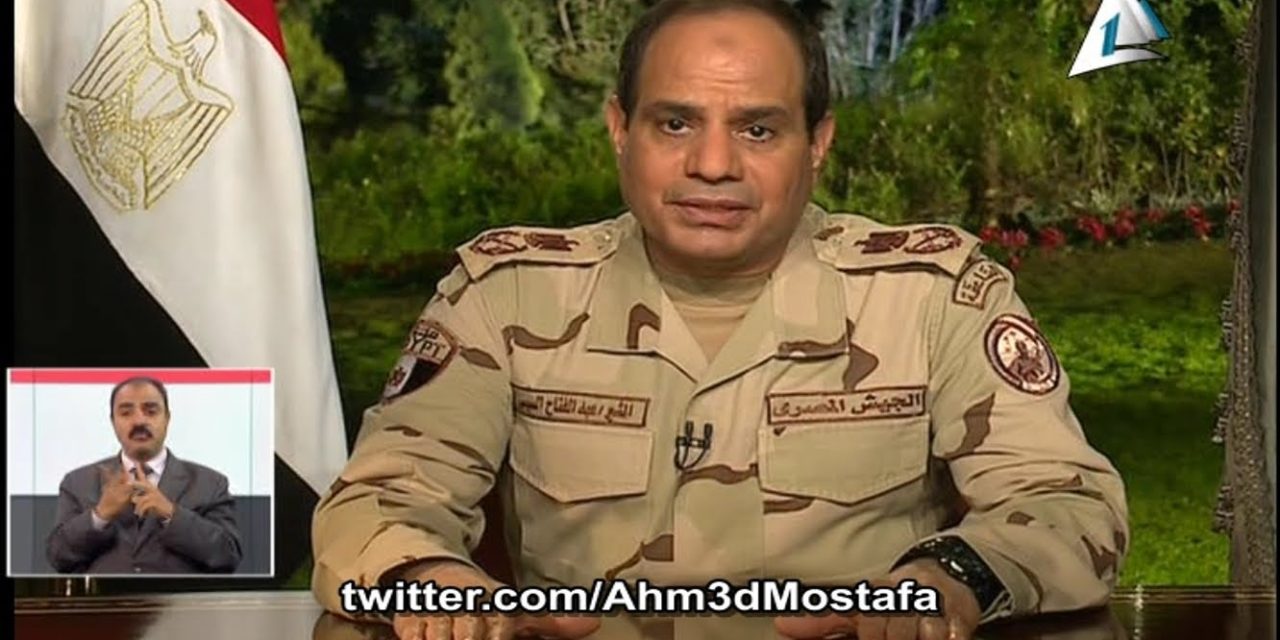 Field Marshal Abdel Fattah El-Sisi, the man behind July’s coup against the Morsi Government, has resigned his military positions to run for the Presidency.

The head of the military, who is also Defense Minister, has long been expected to stand in the Presidential election, expected next month. He assured, “My determination to run in the election does not bar others from their right to run. I will be happy if whoever the people choose succeeds.”

Since the July coup, El-Sisi has been involved in the crackdown on the political opposition, including the Muslim Brotherhood that was behind the Government overthrown last summer. Thousands of people, including former President Mohammad Morsi and senior Brotherhood figures, have been detained, and hundreds were killed amid anti-coup protests last August.

Earlier this week, a Cairo court sentenced 529 Brotherhood members to death over the murder of a police officer during the August clashes. The sentences have been passed to the Grand Mufti for confirmation.

Before the speech, the General met with the Supreme Council of the Armed Forces (SCAF) to reportedly submit his resignation and discuss his successor as Defense Minister.