Israel: 29 Airstrikes on Gaza After 70 Rockets Fired Across Border 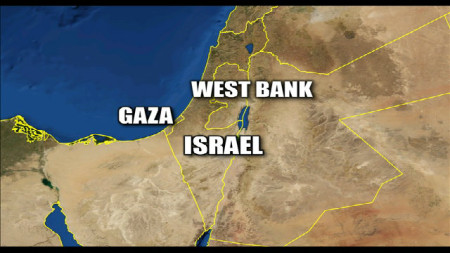 The Israeli Air Force carried out airstrikes on 29 targets in the Gaza Strip Wednesday evening, following the launching of 70 rockets at southern Israel.

The Israeli Defense Force said in a statement, “The IDF will not tolerate attempts to harm Israeli citizens and soldiers, and will continue to act forcefully and dicisivelly against any who uses terror against the State of Israel. Responsibility lies with the terrorist organization Hamas.”

Of the 70 rockets, 41 landed inside Israel; three were intercepted by the Iron Dome defense system. There were no casualties.

Islamic Jihad claimed responsibility for the attacks as “a response to the crimes of the occupation, the most recent of which was the assassination of three (Islamic Jihad) members”.

Prime Minister Benjamin Netanyahu said Israel would react “very forcefully”, warning, “If there won’t be quiet in the south, there will be noise in Gaza — a lot of noise, and this is an understatement.”

Defense Minister Moshe Ya’alon echoed the comments, and Foreign Minister Avigdor Lieberman said, “There is no choice but a full takeover of the Strip:

No sovereign country can accept a situation whereby dozens of rockets land on peaceful cities, villages and kibbutzim. There is no price we cannot pay for the security of the citizens of Israel.

A spokesman for Hamas, the leading political organization in Gaza, said, “We hold the (Israeli) occupation responsible (for violence), we warn of the consequences of any escalation, and we reiterate that resistance is the right of the Palestinian people to defend itself.”

On Tuesday, Israel killed three Islamic Jihad members in an airstrike, saying it was in response to an attempted mortar attack on Israeli forces in the area.

Last week, one person was killed and two others wounded by an Israeli air strike in Beit Hanoun in northern Gaza. The IDF said the target was a group of militants preparing to launch rockets into Israel.