Syria Voices: “We Have Been Through Everything, and There is Only Hunger Left” 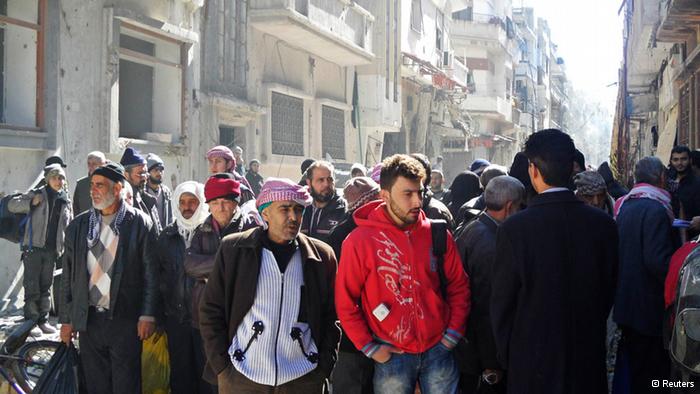 Reporters from the Shaam News Network, a network of local citizen journalists who operate on the ground in Syria, answered some of my questions about the current situation in the Damascus suburbs and Homs.

These citizen journalists, most of whom are not linked to insurgents, risk their lives to disseminiate information about events in Syria. Without them and their sacrifices — many have died since the escalation of the conflict — the voices and experiences of ordinary Syrians would not be heard.

I have quoted the responses verbatim. The images are for illustrative purposes and are not of any individuals interviewed for this story.

A reporter from East Ghouta: 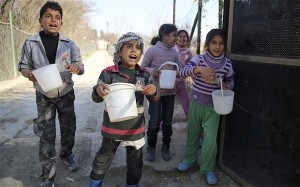 The situation is worse than a disaster. I can’t even say we are in danger. It is beyond that.

Food is very expensive, when it is even available at all.

In Yarmouk (the Palestinian refugee camp in the south of Damascus city) people are dying because they can’t buy any food at all.

In East Ghouta, over 90 people died of hunger or lack of fluids.

Dozens of people are going the makeshift medical clinic here but there is no equipment and no medication. So people are dying.

They try to sneak people out from the besieged areas but it is very hard, because of regime snipers.

When people beg the regime checkpoints to let them leave, they are shot and killed by snipers.

People go out to try to find food at night but even then the snipers shoot them.

Hunger is becoming a major weapon for the regime.

We feel like the whole world does not want to help us. Why does the world not send us food?

A reporter from Homs: 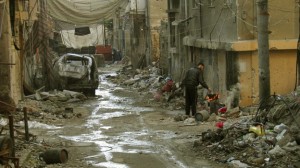 We have been under siege for more than 600 days.

Even if they search and search for food they cannot find anything to eat.

People are searching through old homes that were shelled.

People were eating bark and leaves from olive trees but there are none left.

People wait for grass to grow so they can eat that.

Many people are sick with diarrhea. Sometimes it is fatal. There is nowhere to treat them.

People have no antibiotics, so doctors in the makeshift clinics often amputate. There is nothing else for them to do.

Hunger is a weapon.

The regime has done everything to us.

We have been through everything, and there is only hunger left.

The language of the regime is nothing but killing and blood.

We have no hope. We just fight or die.

Even when people try to send food inside, the regime just steals it.

Not even 5% of the aid gets through.

Whatever aid is sent we get less than 5%! The regime steals it. 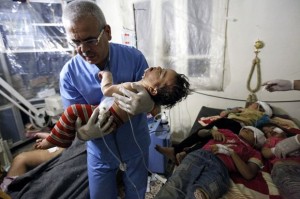 We have been left to die.

No one is going to do anything about this. What else is there for me to tell you?

Why does the world not drop food onto besieged areas. If they really wanted to help that is what they would do.

We are not asking for military support. Just food.