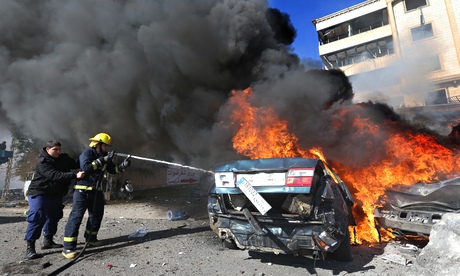 At least five people and 80 wounded were killed on Wednesday morning in a double suicide car bombing in Lebanon’s capital Beirut.

The latest in a series of bombs since last summer exploded during rush hour in the Bir Hasan area near the Iranian Cultural Center.

Last November, an attack near the Iranian Embassy killed more than 20 people, including the Iranian Cultural Attache. Several other bombings have killed dozens since last July in south Beirut, mainly in areas of support for Hezbollah.

The two bombs exploded seconds apart — the first near a sweets shop and the second close to the Cultural Center, about 100 meters away.

The Iranian Embassy in Beirut said a few of its staff suffered minor injuries from broken glass.