Syria Parody Video Of The Day: “Rebels From Damascus Suburb Hand Over Weapons & Get Aid From Regime” 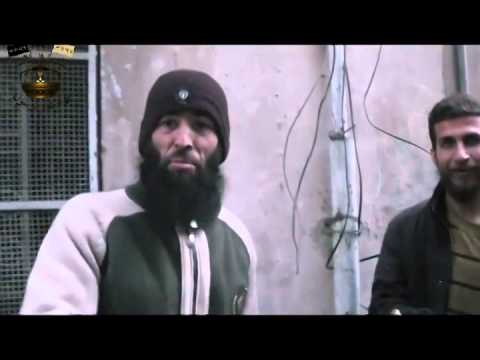 A group of insurgents from al-Asali in the Damascus suburbs demonstrate the truth of the maxim, “Where there is power, there is resistance”, parodying reports of truces in other suburbs, notably Babbila, with image of opposition fighters embracing regime troops.

The insurgents “give up their weapons”, with a large mortar and pestle is referred to as a Gvozdika and plastic pipes named as Russian weapons — the fighters even speak Russian, saying khorosho, khorosho (good, good).

In return they are given “aid” — each gets a small candy brought by a “regime shabiha” wheeling a pushchair — and all dance with delight.