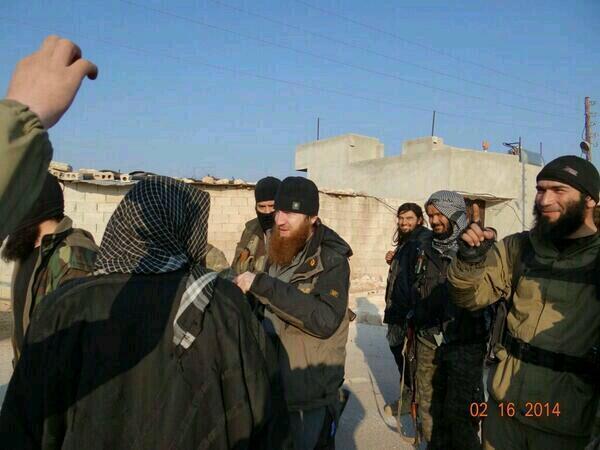 Footage has been posted on YouTube of ISIS military Amir Umar Shishani arriving in A’zaz in Aleppo province on Sunday, with a convoy consisting of a BMP and a pick up truck.

The video follows reports that a large convoy of fighters from the Islamic State of Iraq and as-Sham were headed towards the town, which is on the border with Turkey.

Umar is greeted by a crowd of fighters, many of whom are shown filming the event on cellphones or video cameras; the crowd then chants in support of ISIS.

Umar has been fighting in Aleppo province against other insurgent groups who attacked ISIS. He was accompanied in Azaz by American jihadi fighter Abu Mohammad al-Amriki (on the far right in the featured image above).

Another image of Umar’s arrival: 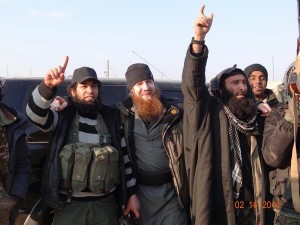