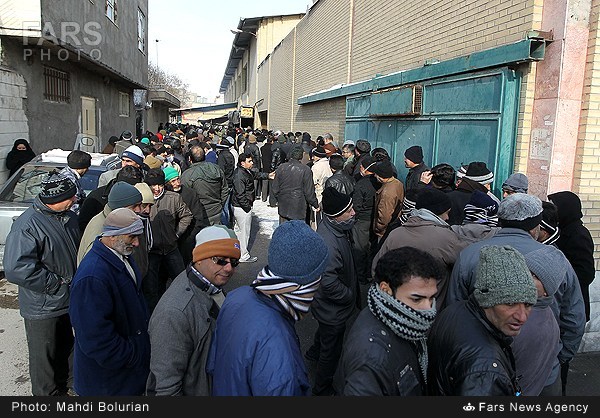 President Rouhani’s attempt to deal with the flagship economic program of his predecessor Mahmoud Ahmadinejad — subsidy cuts on essentials like food and gasoline — have led to long queues for baskets of food.

Ahmadinejad’s program, passed in December 2010, included “support payments” to cover part of the increased prices from the subsidy cuts. Each Iranian received 455,000 Rials (then $45, now $18 at official exchange rates) per month.

With the cumbersome system to distribute the money adding to claimed mismanagement of the cuts, the Rouhani Government found that it was spending about $1.4 billion each month to compensate for the reduced subsidies — twice what it was saving with the cuts. One proposal to reduce the burden, withdrawing the payments from higher-income Iranians, has been blocked because of difficulties with information and administrative arrangements.

On Sunday, the Government launched an effort — previewed by Rouhani in November — to wean poorer Iranians from the payments with distribution of food to about 7 milion families, including those covered by state-run charity organisations, retired government employees, and workers earning less than $170 per month.

Each family can receive 10 kilograms (22 pounds) of rice, two frozen chickens, 24 eggs, about half a kilogram (1 pound) of cheese, and two bottles of vegetable oil this month.

The effort immediately ran into criticism. Page 1 photographs in Iranian newspapers showed long lines of people waiting in the cold at distribution centers, with allegations that baskets are filled with poor quality items. Some returned home empty-handed, finding they do not qualify for the assistance. 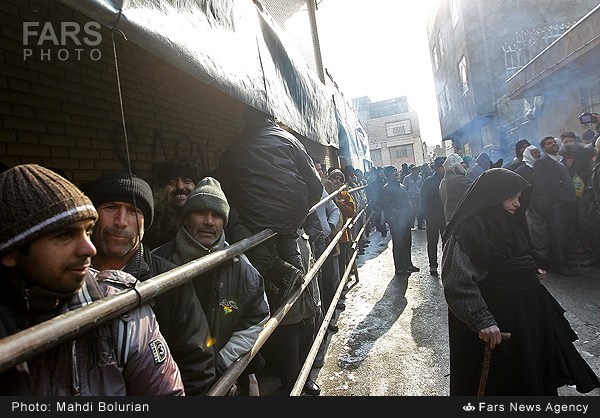 “I was the 600th person on the waiting list and it took me from 7 am to 1 pm to receive my basket [of goods],” a retired worker in a lower middle-class neighbourhood in southeastern Tehran told the Financial Times.

More seriously for the Government, criticism also came from within the regime. The Iran Prosecutor General, Gholam-Hossein Mohseni Ejei, said on Monday, “What happened during the distribution of the basket of goods is below people’s dignity. The Government should find a better solution.” 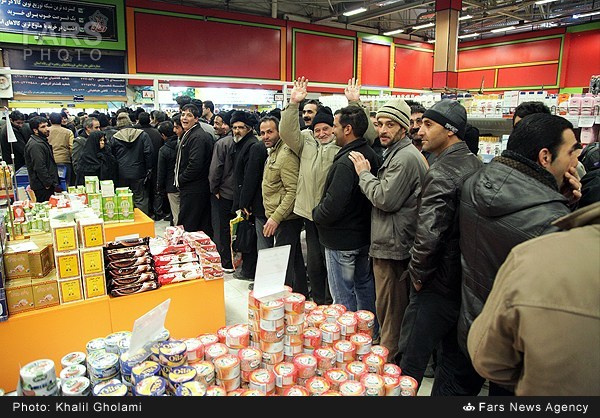