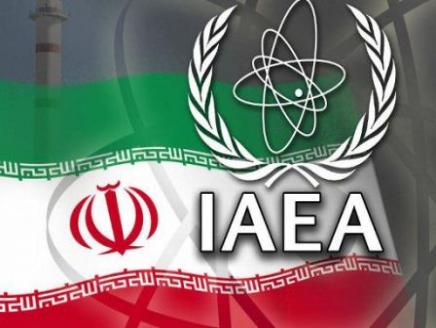 LATEST: Border Guards Kidnapped by Sunni Insurgents “May Be In Pakistan”

The steps do not include, as an unnamed diplomat claimed to Reuters, inspection of “possible military dimensions” of the nuclear program, with IAEA access to the Parchin military base.

UPDATE 1325 GMT: Reza Najafi, Iran’s Ambassador to the International Atomic Energy Agency, has said that this weekend’s talks with the IAEA in Tehran were productive with agreement on seven more “practical steps” over inspections and supervision.

Najafi said the steps would be implemented by May 15. He gave no details of the measures.

The IAEA confirmed the agreement on the seven steps and said Director-General Yukiya Amano would soon report them to the Agency’s Board.

A diplomatic source in Vienna said one of the steps concerns “possible military dimensions” of Iran’s nuclear activities.

Western countries have long pressed Tehran to allow inspection of the Parchin military base, claiming that it houses a high-pressure container for testing related to a militarized nuclear program.

Behrouz Kamalvandi, the spokesman for the Atomic Energy Organization of Iran, said the five hours of talks on Saturday were “good, constructive and moving forward”.

In November, just before the interim nuclear deal between Iran and the 5+1 Powers, Tehran and the IAEA agreed a six-point plan for inspections, including examination of the Arak heavy-water reactor — due on-line in late 2014 — and the Gachin uranium mine.

Border Guards Kidnapped by Sunni Insurgents “May Be In Pakistan”

Fars News says five Iranian border guards kidnapped by the Sunni insurgency Jaish ul-Adl may have been taken into Pakistan.

The five Iranians were seized in Sistan Baluchistan Province in southeastern Iran on Friday.

Fars reports that provincial border forces and Revolutionary Guards helicopters were dispatched on a search mission, as Iranian officials met with Pakistani counterparts on Saturday.

Jaish ul-Adl has carried out a series of attacks in the last six months, including an operation in October which killed 14 Iranian personnel.