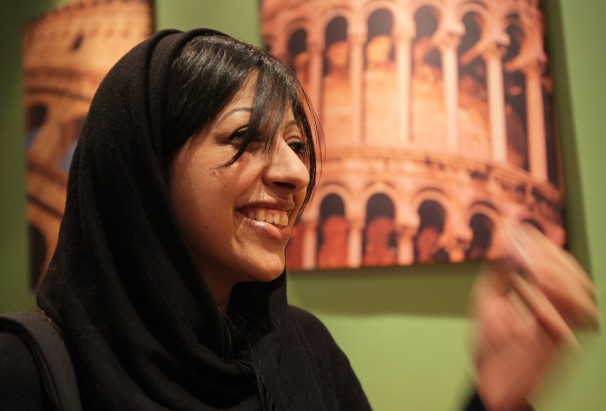 Activist Zainab AlKhawaja was released from a Bahraini prison on Sunday after nearly a year behind bars for her protests against the regime.

AlKhawaja’s father Abdulhadi, the founder of the Bahrain Center for Human Rights, remains in prison with a life sentence. Other human rights activists, including the BCHR President Nabeel Rajab, are also serving long terms.

Friends and supporters greeted her in a coffee shop in a main mall hours after her release.

“One year of prison is nothing,” AlKhawaja told journalist. “We have a cause… .will not stop us.”

She said international attention should focus on an estimated 3,000 political prisoners.

AlKhawaja rose to prominence with her public protests, including occupation of a major roundabout near the capital Manama. She was detained last year as she visited a young man hospitalized from wounds inflicted by police.

On Saturday, tens of thousands of Bahrainis marked to commemorate the third anniversary of the start of mass protests for rights and reform.