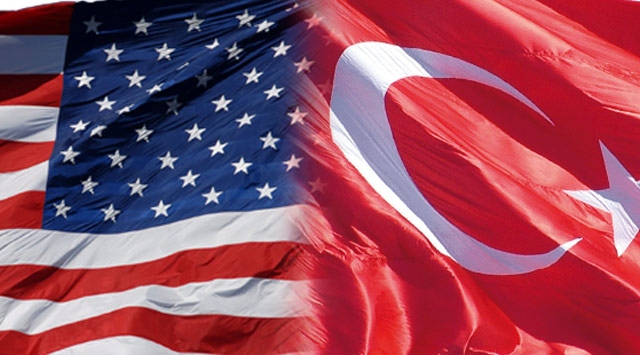 The current corruption scandal in Turkey has serious potential to diminish the hard-earned gains that the United States has recently made in the Middle East from the (Iranian Nuclear Deal and Syria Chemical Weapons Deal) and to derail one of the most important partners the United States has in the region. This would be a shame, as diplomatic ties between Prime Minster Recep Tayyip Erdogan of Turkey and President Barack Obama of the United States are of the utmost importance for both countries now.

This is not only true for the leverage the U.S. gains with its relations to Turkey in regards to American foreign policy priorities in Iran, Syria, Iraq, and Israel, but also for Turkey and the U.S. in terms of both bi-lateral economic relations which reached a staggering $19 Billion in 2011 and the prominent military sales to Turkey that was a combined $3.8 billion in the last three years. It would be a serious miscalculation for both countries to allow current emotions, accusations, and abrupt judgments sour diplomatic relations when the stakes are this high.

On December 17,  police raids were initiated in Turkey culminating in the detention of many of the government’s public officials, the CEO of the state-owned Halkbank, and the sons of three cabinet level ministers. The allegations of corruption and bribery has had a rippling effect on all aspects of the country from the political institutions and judicial foundations to economic establishments. By  December 19, the Prime Minister had removed the head of Istanbul’s police as well as more than 30 senior officers supporting the corruption probe. These actions taken by Turkey’s PM raised serious concerns internally and abroad about the ruling AKP’s parties intent to disrupt or stifle the investigation.

To ease these concerns, embattled Prime Minister Tayyip Erdogan followed up by revamping his cabinet and pressuring three of his cabinet ministers (Interior, Economy, and Environment) to resign. The dangerous political circus and economic precariousness created by these recent events have also begun to trouble foreign investors, resulting in the Turkish lira hitting a record low of $2.17 against the dollar this past week. The Deputy Prime Minister Bulent Arinc recently stated, “we are talking about damages of over $100 billion” to the Turkish economy.

However, ugly as this internal imbroglio looks to outside observers, the ruling party in Turkey has yet again determined that the best way to address this crisis is by blaming outside governments, namely, the United States and Israel. Prime Minister Erdogan himself has explicitly denounced the corruption probe calling it a foreign plot to discredit the Turkish government. Other members of the AKP party and pro-government newspapers have been on the offensive, making aggressive, biased, and harmful accusations that have detrimentally effected the U.S. and Turkish diplomatic relationship.

The most dangerous and damaging of these statements was made by Prime Minister Erdogan speaking of the possible expulsion of the U.S. Ambassador to Turkey, Francis J. Ricciardone, at a political rally in the Black Sea province of Samsun. Erdogan stated, “these recent days, very strangely, ambassadors get involved in some provocative acts. I am calling on them from here, do your job, if you leave your area of duty, this could extend into our government’s area of jurisdiction. We do not have to keep you in our country”.

This most recent accusation received a swift and immediate rebuttal from the U.S. Embassy in Turkey. A public statement released from the embassy in Ankara stated, “allegations targeting U.S. Embassy employees published in some media organs do not reflect the truth… to repeat once again: No one should endanger Turkey-U.S. relations through such intentional slander.” In a move towards possible reconciliation, the Turkish Ministry of Foreign Affairs released a statement affirming, “we find the U.S. ambassador’s statement sufficient. There is no plan to summon him to the ministry on the issue.” Subsequently, diplomats on both sides have reached out in an attempt to try and quell frustration and anger between the Embassy and Prime Minister Erdogan.

The next few days and weeks will be crucial for Turkey and the United States moving forward with their diplomatic relations. The Prime Minister of Turkey is facing the greatest quandary of his career in public office. He will be under extreme pressure to govern and project stability in the face of his recent reorganization of new cabinet members and the uncertainty of possible additional corruption probes. As history has shown us, the more endangered Prime Minister Erodgan feels, the more likely he is to point fingers. However, as the recent events with the United States has unfolded, Washington doesn’t look to be playing this game any longer.

The author is a U.S. Air Force/Iraq Veteran and current Fulbright scholar in Turkey.

This article originally appeared on Rudaw .