Russia: Sochi Residents To Putin – “7 Years of Preparing For Olympic Games Has Harmed Our City” 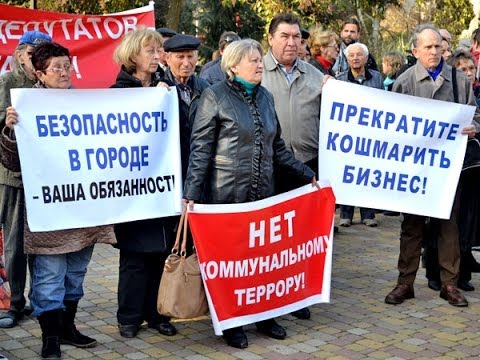 More than 200 residents of Sochi, the Russian city set to host the 2014 Winter Olympics and Paralympics, protested this week near President Vladimir Putin’s summer residence, complaining that the seven years of preparation for the Olympics has severely damaged the municipality.

The demonstration, however, was relatively small, and its protesters did not focus on the Olympics but instead raised many different issues. Among the speakers was the local Communist Party representative, Yuri Dzagania, who said that the current system should be changed by elections. Another faction of demonstrators campaigned for the rights of mothers with more than one child.

Russian news outlet Kavkazskii Uzel shot this video of the protest, including interviews with local residents in Sochi.

“$53 billion (spent on the Olympic preparations in Sochi) was not enough to create order in the city,” the residents said in a resolution signed at the demonstration, a reference to some of the serious issues faced by Sochi residents including multiple electricity blackouts and environmental problems. The resolution called for and end to the destruction of resort areas, for beaches to be made more accessible to residents, for the elimination of illegal landfills, for proper housing services and free expression in elections.

The protest, named “Let us live and work with dignity in Olympic Sochi!” was organized by the Yurii Mar’ian, the chairman of the All-Russian Party for Social Reform. The protesters waved banners with slogans including, “Sochi Residents are the Hosts of the Olympic Games”, “Talentless MPs Should Resign”, and “End The Construction Chaos”.

Participants also complained about the environmental problems caused by the Olympic construction.

Featured Image: “Sochi Residents, Not Guests, Are The Hosts Of The Olympics”, Credit Kavkazskii Uzel.