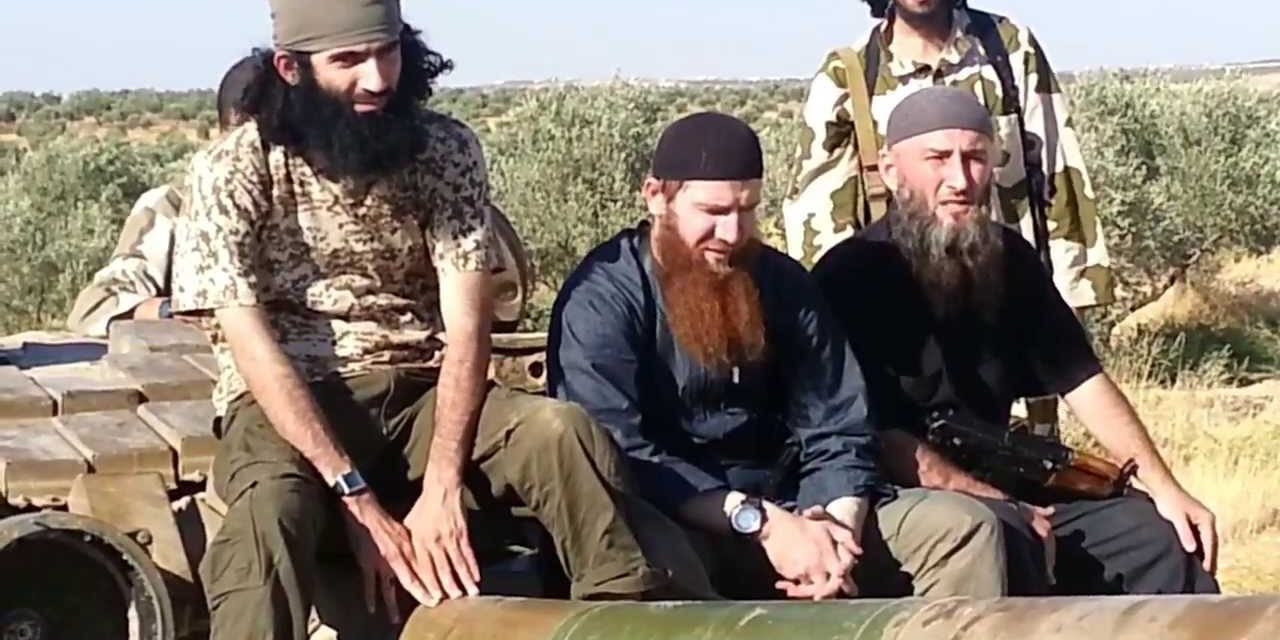 The interview was conducted just after Abu Umar swore an oath of allegiance to ISIS leader Abu Bakr al-Baghdadi, and Abu Umar explains that initially, the leader of the Caucasian Emirate, the ethnic Chechen militant Dokka Umarov, had supported the Chechen Mujahideen financially for a specific period of time.

Abu Umar claims that Umarov had agreed to the North Caucasian fighters in Syria swearing allegiance to Baghdadi, though this does not explain why some fighters who previously swore oaths to Umarov have refused to pledge allegiance to the ISIS leader.

Dokka Umarov’s Caucasus Emirate, a self-proclaimed virtual state which includes Chechnya and Dagestan, has been declared a terrorist organization by Russia and the US.

Abu Umar’s assertion that Dokka Umarov approves of and has even supported Chechen fighters in Syria has been supported by a recent investigation by Murad Shishani of the BBC’s Arabic Service. That report notes that initially, Umarov was opposed to Chechen fighters leaving to join the Syrian insurgency, saying that they should support the Caucasus Emirate. However, Umarov later changed his mind, saying that the flood of volunteers to fight in Syria was because the Caucasus Emirate refused to allow young people to join its ranks.

The BBC cite a source “close to the Syrian insurgents” who said that “in the North Caucasus there aren’t training camps like there are in Syria, and there aren’t enough resources.

“We are ashamed that we are going to Syria at a time when the Caucasus is still occupied, but young people are returning here once they’ve undergone a training course. One of my mates returned straight back to the mountains after he went through a training course in explosives (in Syria). In this sense it’s useful to (the Caucasus Emirate) that we’re spending time there. As a result it gets well-trained fighters,” the source said.

Before swearing the oath to Baghdadi, Abu Umar was the leader of the predominantly North Caucasian faction Jaish al-Muhajireen wal Ansar as well as the Emir of ISIS’s northern branch. The move led to a split between fighters from the North Caucasus: those who swore allegiance to Baghdadi followed Abu Umar, while those who had pledged an oath to the leader of the Caucasus Emirate, Dokku Umarov, remained with Jaish al-Muhajireen, which is now led by Salahuddin al-Shishani.

See our coverage of the split here:

TRANSLATION OF THE INTERVIEW WITH AL SHISHANI

Beladusham’s interview with Abu Umar sheds some light on his ideologies and views toward the insurgency, the role of ISIS factions and his opinions on the overall “jihad” in Syria and Iraq.

ABDUL KADIR:
What have you to say about the past situation in Syria?

ABU UMAR:
In Syria, everything began with popular uprisings and protest demonstrations. With time, things morphed into jihad. The Prophet of Allah said, “Islam began as something strange and will return to being something strange”. We have seen an attestation of these words here in Syria, when as soon as we arrived here we saw a people who did not know Islam, but over the past 7-8 months we have seen how the nation has strived hard for religion.

The situation here is changing fast, of course these changes will lead to the people knowing the one God, Allah. In principle, the Prophet in his Hadiths spoke about the blessedness of these lands, we hope that Allah will turn these actions into good.

ABU UMAR:
We aren’t in a position of conflict with the whole FSA right now, but just against those groups who oppose our aims of an Islamic State.

Like we previously reported, we are fighting with the pro-democracy gangs, at first this was in ad-Dana, after that in Azzaz and now in Kfar Hamra. For example, one of the latest groups we fought with, the leader of which was well known (he is talking about the commander of the group Shuhada al-Badr led by Khalid Hayani — Beladusham). People were really grateful to us after we defeated him, they said that they were praying for us. During our battles with him, 40 hostages wound up falling into our hands, they were all recently freed. Among them were local girls that they’d liked, even Mujahideen, these criminal groups collected ransoms from the people, that Hayani was known among the local people as a thief and a smuggler…

That group had previously attacked three ISIS mujahideen. We are at war with the tyrant before us, and if the same tyrant is behind us, we don’t see any difference with whom we fight.

ABDUL KADIR:
Tell me, what are your future plans, do you plan to create a monopoly of power, i.e. will there be only the ISIS movement or will you give permission for other groups of Mujahideen to exist? In short, will you represent their power?

ABU UMAR:
First of all, like we already said, we are planning to found a State. After the creation of a full state, we will ask everyone, “why don’t you join us?”. That problem isn’t exclusive to Syria or Iraq, that’s a problem for the whole Ummah. There will be a huge blessing in the declaration of a State. Abu Bakr al-Baghdadi made this declaration. I want to put the question to the whole Ummah, is not our goal of an Islamic State a common aim? Why do you not join with us? That is my frankness to everyone.

ABDUL KADIR:
In certain circles, supporters of ISIS are perceived as misguided sects, Kharijites (Muslims who rejected the authority of the final Rashidun Caliph, Ali ibn Abi Talib), and takfiris, and are also perceived in certain circles as Murjites (a sect opposed to the Kharijites). Would you cooperate with them?

ABDUL KADIR:
In the future, inshallah, the Islamic State will have a need for schools, will there be job opportunities for people, caring for kids and the public, sorting out issues of refugees and suchlike?

ABU UMAR:
At this stage, we are striving with all our strength for jihad. At this moment, ISIS has taken upon itself the main burden of being an army. For that reason, we have not yet had the chance to work in other areas. But despite this we are trying to open schools. Right now, we know of 125 people who trained in Madrassas in order to give sermons. They will explain the Tawhid and Islam. Inshallah, in the future we will do all that.

ABU KADIR:
Kadyrov (Ramzan Kadyrov, the leader of Chechnya — JP) said regarding the Mujahideen in Syria that “we kicked them out of Chechnya, they don’t even want their families, these are terrorist mercenaries. Do you want to say anything to Kadyrov?

ABU UMAR:
(Laughing) People shouldn’t think what Kadyrov thinks. We came here on the orders of the Emir Abu Osman (Dokku Umarov) and for a certain time he supported us financially. But now we swore an oath to Abu Bakr al-Baghdadi and we are fighting under his authority. This is what he wanted, that we swear an oath to al-Baghdadi. Dokku is also fighting to establish an Islamic State and we are fighting for the same thing.

ABU KADIR:
Would your politics toward Assad or the FSA change if America carries out an invasion of Syria?

ABU UMAR:
No it won’t change. We will continue to fight with America and other enemies who continue to shed the blood of Muslims.

ABU KADIR:
What is the situation right now in Iraq?

ABU UMAR:
In Iraq it’s the same as in Syria. The Iraqi Government is also like that in Syria, the system in Iraq and Syria is a a Rafidite (“deserter”) system. Until America gets out of Iraq, nothing will change there, except that the morale of the Mujahideen has been raised, from that point of view of course a lot has changed.