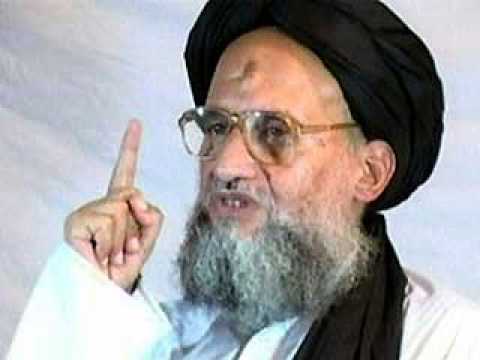 The full audio statement of Al Qa’eda leader Ayman al-Zawahiri, calling for a halt to fighting between the Islamic State of Iraq and insurgents in Syria — translation by Flashpoint Partners:

My kind, dear, gracious brothers, mujahideen of Islam, lions of jihad in all the jihadi groups in al-Sham of resistance and jihad, openness and victory, soon Allah-willing.
Peace be upon you and Allah’s mercy and blessings. And thereafter.

Kind, beloved brothers, you know that my brothers and I in Qaida’t al-Jihad Group have love and respect for you, and we know your status, and we commend your steadfastness, and we look at you as the hope of the Umma in establishing the Islamic governance in the Levant of resistance and jihad, and that you are the hope for liberating Bayt al-Maqdis [Jerusalem], and that you blessed jihad is an advanced step toward on the path of bringing back the mature Caliphate on the Manhaj [approach] of the prophet, soon Allah-willing.

And kind brothers, you know that throughout numerous statements, whether what was issued from me or my kind living or martyred brothers, may Allah accept all of them; we all spoke to you like brothers without distinction between Muslim and Muslim, and Mujahid and Mujahid. On the contrary, we consider you all brothers in Islam, jihad, Hijra [migration] and resistance. And it has been repeated from the media of the group more than once that the brotherhood of Islam between us is stronger than all the mortal, transforming organizational links, and that your unity and unification and harmony is more important, dearer and more valuable for us than any organizational links. Your unity and unification and the coalescence of your ranks rise above the organizational loyalty and the partisan extremism. On the contrary, these partisan organizational links are to be sacrificed — without hesitation — if they conflict with your harmony, unity and standing in one rank like the coalesced [strong] building in confronting your secular, sectarian enemy, which is supported by the Shia, Safavid powers [Iran], Russia and China, and the contemporary Crusader campaign cooperates with it.

And you know that we do not accept that the honor of a Muslim of a Mujahid [jihadist fighter] be touched, or his life, money, honor or dignity be attacked, or that charges of Kufr [infidel] or
apostasy be cast on him, and we consider the jihadi organizations in the Sham of resistance and jihad –– that sacrifice themselves and money in jihad for the cause of Allah, in raising the words of Allah, and in seeking to establish the governance of the Sharia of Allah – as our brothers, whom we don’t accept to be described as apostates, infidels, or heretics.

And I remind my kind mujahideen of Islam in the Sham of resistance and jihad with the saying of the Prophet [to not call brothers infidels].

Kind, beloved brothers, you know that we have called and we continue — Allah willing — calling upon everyone to seek to establish a Muslim government in the Sham [Syria] of resistance and jihad, and to choose whom they agree upon –– of those who possess the Sharia-based conditions –– as ruler for them, and that whomever they choose would be our choice, and that we do not agree that anyone enforces themselves upon you, because we seek the return of the Caliphate on the Manhaj of the Prophet, which rules with Sharia, lays the Shura, spreads justice, protects the rights, and repels the
aggression.

Kind brothers, Mujahideen of Islam in all the jihadi groups in the Sham of resistance and jihad, our hearts and the hearts of the Umma — whose hearts are connected with you –– bled from the Fitna of [in]fighting, which spread amongst the mujahideen of Islam. And so we call upon all of our brothers in all the jihadi groups, and we call upon the gracious ones from the people of al-Sham, from the scholars, advocates, figures, tribal chiefs, professionals, traders, writers, journalists, media men, and [public] opinion enforces, and every free, honorable one in al-Sham who seeks to bring down the Assad secular, sectarian, criminal ruling and establish [in its place] a just Muslim government, to seek to halt this Fitna [infighting], which only Allah know where it will lead.

We invite them all to seek to stop this fighting between the brothers if jihad and Islam immediately, and to establish a Sharia ruling committee that would rule between the various groups regarding the injustices each group claims against its jihadi sister group, and to form a method to oblige everyone with its rulings.