Syria: “The Thing We Miss Most Is Our Children” — Separated Families In Refugee Camps In Iraq 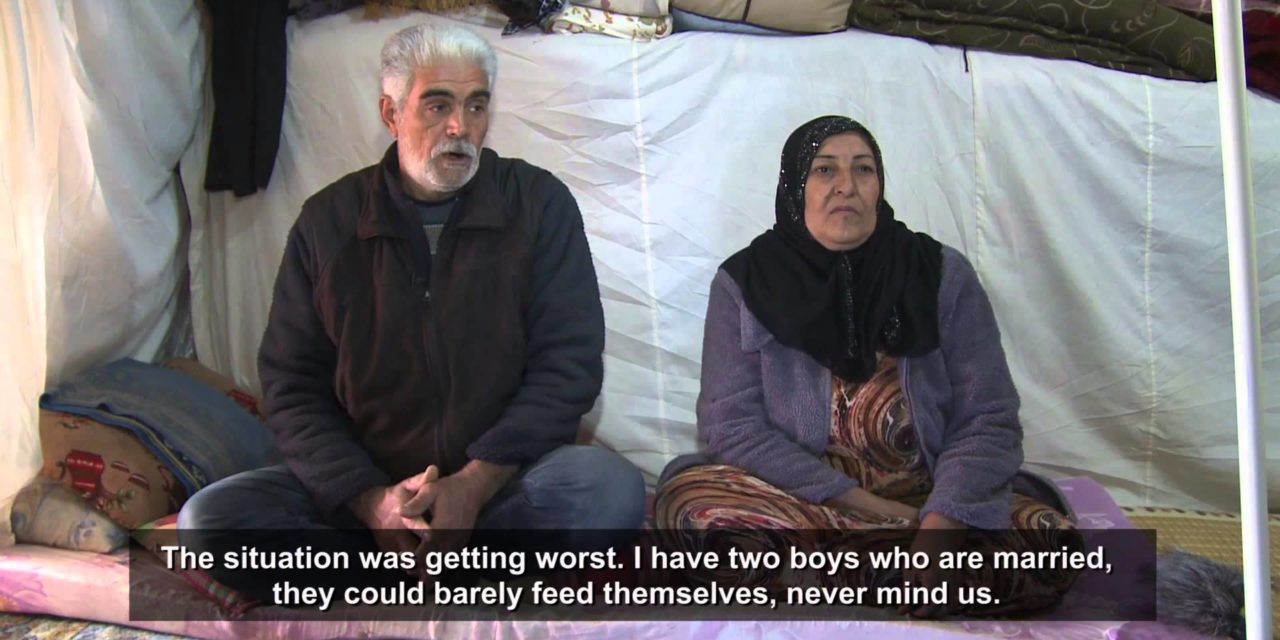 UNHCR has published a new video report, the latest in its series examining the lives of Syrian refugees.

The video tells the story of Suleiman Abbas Abdullah, who lives in the Kawergosk refugee camp, 30 KM west of Erbil city in Northern Iraq. Suleiman fled Syria last year, after his daughter was killed in regime bombing in Idlib. She was breastfeeding her youngest child when she died. The terrible events made Suleiman ill and he suffered a stroke. Suleiman’s family packed their belongings into a single bag and headed south, into Northern Iraq.

Suleiman and his family were part of a mass exodus of Syrians who fled the country last August. UNHCR say that almost 60,000 Syrians crossed into Northern Iraq in August. Most have been housed in UNHCR tents in seven refugee camps in the Kurdish region of Iraq.

Thanks to UNHCR for sharing the transcript of the video, which is below.

Suleiman says: “The situation was getting worse, I have two boys who are married, they can barely feed themselves, never mind us, we saw things getting worse, financially, no jobs, so we came here.”

“The thing we miss the most is our children, I cry every time I talk to them, two of them are in Turkey, one died, two in Syria and us here, it’s very difficult…we had to run away, we are safe now, life is not about money or anything else, it’s about living with dignity.”

Six months ago this refugee camp, like others in Erbil was nothing but plain land.

But in August 2013, 60 thousand Syrian refugees crossed the border into Iraq.

Suleiman and his wife were amongst them.

They fled their home town of Qameshli after their daughter was killed by a bomb. She was breastfeeding her young child at the time.

Their granddaughter and four siblings survived but are now missing, along with the father.

The tragedy made Suleiman ill. He suffered a stroke which left him partially blind.

They were struggling, leaving Syria was their only option.

Suleiman and his wife — with one suitcase and their memories. Their attempts to be reunited with their other children have so far failed.

The camp is seeing a new influx of refugees.

The border that was opened for Suleiman and his wife to cross was recently reopened — for a few hours a day. It had been closed for months.

More than 4000 people have arrived in recent days….fleeing the ongoing conflict in Syria.

Each with a story — each with their own sadness to bear.

Map showing the journey between Qamishli and Erbil, Iraq: