Syria: Letter From A Chechen Jihadi – “I Care About Jihad, Not What One Sheikh Says To Another Sheikh” 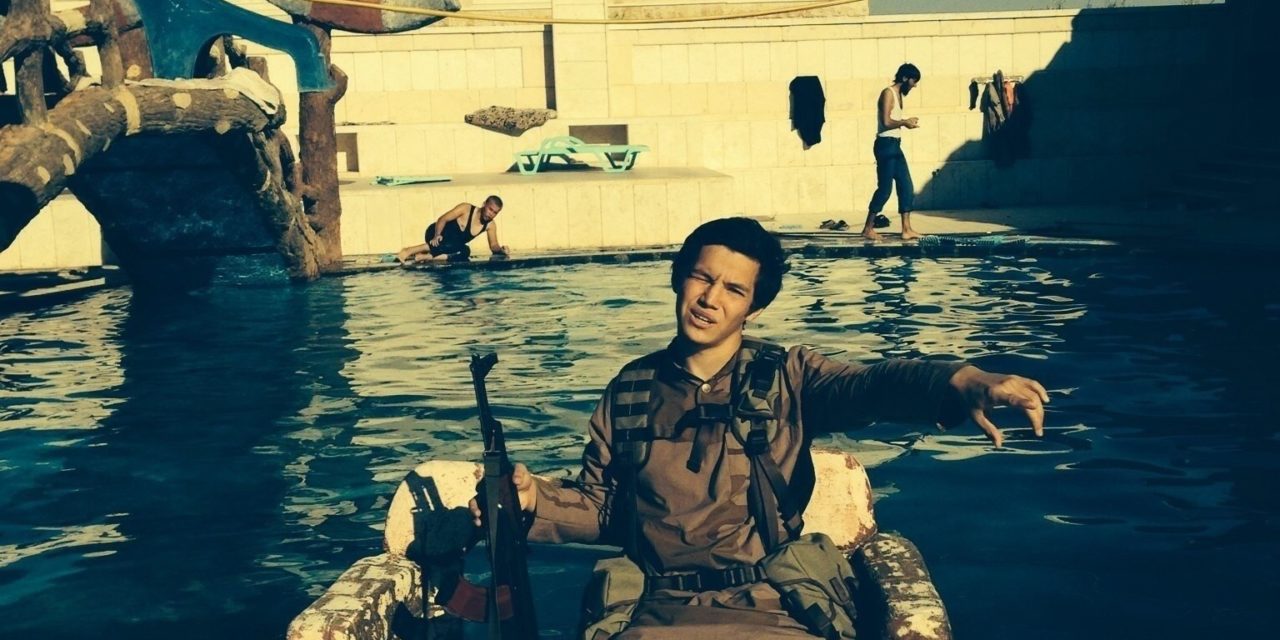 FiSyria, the website close to Umar al-Shishani, the military leader of the Islamic State of Iraq and ash-Sham’s northern branch in Syria, has published a claimed letter from “Abu Umar, a mujahid from the Land of Sham”.

The “letter” — which is not intended to be from Umar al-Shishani but a young fighter in the ranks of ISIS — sheds some light onto the reasons why young people from the Caucasus might be motivated by the ideology of jihadist Islam. It shows how its black-and-white concepts, promising justice and offering a purpose, a defined social structure, and an enemy to fight, are attractive to these youth.

The “letter” paints an idealistic picture of the fight waged by the Mujahideen in the “land of Sham” — though at no point are we given a coherent explanation of who the enemy is or why the young Russian-speaker is in combat. The author is a jihadi Everyman, who describes a general dissatisfaction at his past life “among the secular and godless” and a sense of purpose now that he is fighting a battle, with an Amir who tells the machine gunners and RPG launchers where to stand and when to fire.

The motivation expressed by the letter-writer for why he is in Syria is simple: he is “waging jihad”, and that is a far better life than his past existence. Beyond that, he does not go. There is no attempt to express any sort of detailed ideology of jihad or even to explain the concepts of a Holy war between the Muslims and the infidels. He has “no interest in “what one sheikh says to another sheikh”.

THE LETTER FROM ABU OMAR

People know about us only that which Allah has revealed and only He knows who we really are. By Allah, I know how far I am from the best of Allah’s servants, and how much I deserve this path. That kindness, that my Lord has shown to me, is boundless. He dragged me out of the Dunya (world) where I stopped sensing the stench of sin and where my heart had already gotten tired of invoking piety.

From my lifestyle, my faith had little by little turned into an ordinary religion, my surroundings wound up being a gaggle of godless people with worthless goals. My thoughts turned to the earthly things and my soul crossed border after border.

And only at night, alone or in a dream, could I hear my heart, which beat with fear before Allah.

May Allah forgive me.

Today, I am waging jihad. I feel that I am a human being, who has been given a probation, I am so afraid to lose this life. I am afraid that I will do something wrong or say something wrong and that my God will take this peace away from me and I need this work, I swear I will prove enshallah that I will live up to this trust!

I often think about those brothers who have left this Earth…. what is their life like there?! What can they have to occupy themselves, to forget that taste. Who will those men be, who eclipse those young hearts? I can’t imagine that they are really alone.

Jihad is a better life. It has no frills, there’s just you and your God and what is between you.

The Mujahideen have one sign, probably a lot of you have noticed it. When you come here, you feel like you already saw everyone somewhere or other, as if they are your family! 🙂

You have to try this life, so that you can know its taste. You have to go through a battle, to see where they are, the real men. Only here can you really live.

That night, before we fight, it is always extraordinary. When you slowly get closer to the infidel, creeping hundreds of meters, stopping, listening. Then the mist descends and the whole world goes silent in anticipation of the battle. There the Amir puts the machine gunners in place, puts the RPG men on the edge, there the brothers take the safety catch off their guns, some of them raise their arms in prayer, others whisper azkars.

Some seconds pass, and…Allahu Akbar rings out in the silence, the RPG lets out its first blast and sparks shower in all directions.

The machine guns start to scribble, “Allahu Akbar” is the response, the whistle of flying bullets that the terrified infidels shoot at random. Again the RPGs plug their pathetic attempt to take matters into their own hands. Already the Amir shouts, “To the assault, to the assault! Allahu Akbar!”. No bullet hits us, except that predetermined by Allah.

I can talk about this life for hours, but to feel it once, live in it, is indescribable.

I see how brothers sit around and talk about fitna. I don’t have any knowledge about that at all, and I don’t spend days chewing over what one sheikh said, what another one answered, what a third said in response. I came to wage jihad, to put everything I have into it on the path of Allah. By Allah, I am afraid of the wrath of Allah and I don’t want to go to Hell!

I know that the Prophet of Allah said that he is not responsible for those Muslims who live among the polytheists and I know that you’ll see several times in the Quran the words, “resettle and fight”, and I also know that the jihad will be until Judgement Day.

So where is the fitna, then, among the Muslims in Sham or the Muslims in Europe for whom the Prophet is not responsible? Who is “resettling and fighting”, those who have resettled in Sham or those who have resettled in Europe?! And where then is the jihad, which is going on until Judgement Day, so that it could be perfect and so that there is no fitna?

We need you, brothers, we need you to direct us, not criticize us. You are our brothers, who have knowledge, don’t use your knowledge against us, use it for us, for the entire Ummah. Even if we have dirtied ourselves with fitna, by Allah you will be the first that we call to give answers on Judgement Day!

(Featured Image: A jihadi from the North Caucasus relaxes by the pool in Umar al-Shishani’s villa in Hraytan, Aleppo Province)