Syria: Hezbollah Saves Assad from Defeat? — The Real Story of a US Surrender 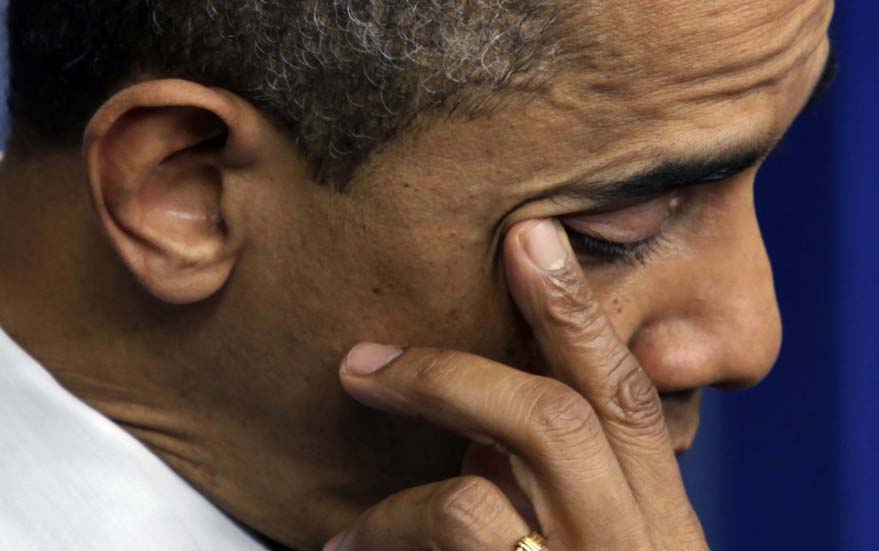 On Tuesday, The Wall Street Journal ran an attention-getting article about Syria which claimed:

The…Hezbollah surge [in spring 2013] to bolster Mr. Assad represented a turning point in the Syria conflict, giving the Syrian leader enough strength to survive, though not enough to prevail.

There’s also a sting in the headline about US policy: “Regime’s Survival Seen as Example of America’s Inability to Steer Events From a Distance”.

Yet, if you read deeper, the article is not as much about what actually happened in 2013 as what US officials believe — or say they believe — might have happened.

And in that lies the tale of a continuing fight within the Obama Administration not over Hezbollah, but what the Washington should have done in response over support to the insurgency and opposition.

See also The US & the Islamic Front — Washington’s SNAFU Continues
Op-Ed: Why Assad and Hezbollah Are in Trouble

DID IRAN AND HEZBOLLAH SAVE ASSAD?

On the surface, the Journal story — fed by “current and former US officials” — is that Hezbollah, pushed by Iran, made a key decision in the spring to put fighters into Syria.

But the story suffers from a lack of explanation of what that intervention meant. It does not even state the obvious — Hezbollah was instrumental in the regime’s re-capture of Qusayr, on the Lebanese border, in June.

Even more importantly, the Journal fails to note what followed. Even though some of Hezbollah’s men moved beyond the border fight, they were not a significant enough force to bring further Syrian military success. Predictions that the regime would soon move from Qusayr in an offensive to re-take all of Aleppo soon collapsed, as Assad’s forces concentrated on a consolidation of power in Homs — a consolidation that is still far from complete.

Nor have Hezbollah — and the pro-Assad Iraqi militias who are ignored by the Journal — been able to ensure victory for the regime in breaking the ring of insurgent-held suburbs around Damascus. To the contrary, the regime, even after its chemical weapons attacks this summer, is facing an insurgent offensive in East Ghouta.

SO WHY THE “IRAN-HEZBOLLAH” ANGLE?

That’s easy: because the story is not really about putting together the detailed information around Hezbollah’s intervention — it’s an outlet for US officials to put out their image of Tehran pulling Hezbollah’s strings, and thus the direction of the Syrian conflict.

U.S. spy agencies believed Hezbollah’s leadership at the time was riven by internal debate, worried that intervening in an uprising next door would be “bad for the brand” and spark a backlash at home, according to an official briefed on the intelligence.

Current and former U.S. officials briefed on the intelligence say Mr. Nasrallah only agreed to the deployments after he received a personal appeal from Iran’s supreme leader, Ayatollah Ali Khamenei, who made clear that Tehran expected Hezbollah to act decisively.

There is no evidence beyond the unnamed sources to back up the claims that Nasrallah gave way to Iranian demands — but, of course, this would be classified.

So let’s consider what the Journal does not: the context of Hezbollah’s move in the spring — which was not “large numbers” across Syria, but a specific intervention in the villages and then the town of Qusayr on the Lebanese border.

The fear for the Assad regime in early 2013 was that it was losing territory throughout the south and west. Those insurgent advances would have a spiral effect: as they controlled the borders with Lebanon and Jordan, so they could bring in more supplies and men, bolstering their attacks.

Hezbollah’s concern was that the insurgents were taking over villages with a mainly-Shia population. That could lead to a changing balance of power, possibly affecting the political situation inside Lebanon, where there were already clashes in cities like Tripoli.

So Nasrallah, who had been cautious over the use of his fighters, decided on an influx to regain control of the border area.

Speaking to The Guardian, in an article published on Wednesday, a senior Hezbollah commander explains:

That does not mean that Tehran was a bystander. It does indicate that Nasrallah did not just carry out the orders of Iran’s Supreme Leader.

A CHALLENGE TO AN INDECISIVE OBAMA

Yet it is not Ayatollah Khamenei and Hezbollah’s Nasrallah — or even President Assad — who are the main subjects of the article.

This is a jeremiad about the failure of Barack Obama.

The effective, if unstated, question in the article is what the White House should have done in response to Hezbollah’s move. The answer is very little.

In April, Obama authorized “a small CIA program to provide weapons to hand-picked moderate fighters in limited quantities” but even this “wasn’t so much to help the rebels win as to assuage allies who thought the U.S. wasn’t engaged”. Thus the stinging criticism:

[US officials] argued that the cautious approach to arming such small numbers of rebels actually would handicap efforts to stand up a viable opposition.

The program, at the time, was meant to turn out between 50 and 100 new fighters a month. Overwhelmingly outgunned, they would be up against thousands of Hezbollah fighters in Syria, and thousands more trained and equipped by Iran and Al Qa’eda.

That reference to “Al Qa’eda” is important. Obama, the officials are alleging, is not assisting an Assad victory but something even worse: a Syria torn apart between the regime and “extremists”.

While Assad will survive, the officials say, “The U.S. doesn’t think he will be able to retake the whole country again.” He will have U.S. officials think the chances of steering the outcome have shrunk dramatically. The intelligence assessments “key parts of the country bordering Lebanon and the Mediterranean coast”, but much of the rest of the country will be “warring enclaves along ethnic and sectarian lines, abutting a new al Qaeda-affiliated haven that sweeps from Syria into Iraq”.

And it gets worse: Obama’s decision to pull back from intervention may have shaken US partnership with Saudi Arabia, with consequences not only for Syria but for the region, and Washington has “learned that Russian, Iranian, and Chinese officials were discussing how weak the US now looked on the international stage”.

WASHINGTON THROWS UP ITS HANDS IN DESPAIR

So what can the US do now?

The interesting, if a bit jumbled, answer in the article is: Very Little.

The Journal does not mention the public US line of a January 22 “peace” conference that will begin to resolve the conflict between Syrian regime and opposition.

Instead, it channels the range of despair among the current and former officials:

The civil war could last another decade or more, based on a Central Intelligence Agency analysis of the history of insurgencies….

Some senior Obama administration and Pentagon officials say the window of opportunity for strengthening the moderate opposition may have closed. Once Syria’s chemical weapons have been fully removed, “the pressure on Assad to leave will be diminished”….

A longtime American diplomat in the region said that, for now, it looks like Messrs. Assad, Nasrallah, and [Iran’s] Soleimani have “won”….

Some senior administration officials now privately talk about Mr. Assad staying for the foreseeable future and voice regret about the decision, in August 2011, to call for him to step aside.

In short, for all the opening fury about the strength of Iran and Hezbollah “saving Assad”, this is actually a whimper about the weakness of the US and its President in losing a conflict:

Some administration officials say, in retrospect, the White House could either have been more supportive of the opposition or more up front about its reluctance to get more involved. “We weren’t consciously bluffing,” a senior defense official said, “but we weren’t committing either.”