Russia: Lavrov – “Iran Inevitably Must Be Part Of Efforts To Resolve Syrian Crisis” 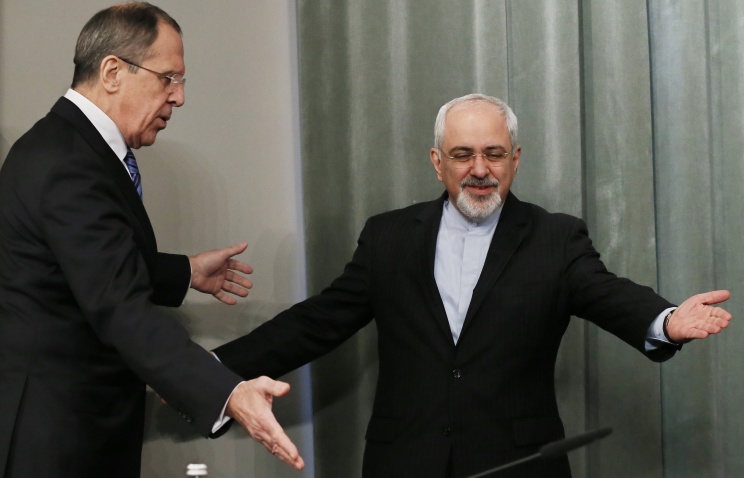 Russian Foreign Minister Sergei Lavrov on Thursday called again for Iran to be included in the planned Geneva II conference, saying that the “Iranian side must be inevitably be part of comprehensive efforts to resolve the Syrian problem”.

Lavrov made his remarks in a press conference following bilateral talks with his Iranian counterpart, Mohammad Javad Zarif, who is visiting Moscow.

The Russian Foreign Minster said that he and Zarif had a “thorough exchange of views on the situation regarding Syria in connection with the upcoming international Geneva II conference on January 22.”

I confirmed, as I did on January 13 in Paris at a meeting with U.S. Secretary of State John Kerry and UN special envoy on Syria Lakhdar Brahimi that Russia’s position is in favor of Iran being invited as a neighboring state interested in the peaceful settlement of the Syrian crisis, and which has an impact the situation in the Syrian Arab Republic.

When asked during the press conference regarding Russia’s plans vis-a-vis the inclusion of Iran in Geneva II, Lavrov said:

Today we held talks with Zarif, and tomorrow we will hold talks with Walid Muallem. This does not imply that there is some sort of tripartite plan. Our countries are not unique in their position on the Syrian crisis. We advocate that Syria should be a sovereign state, its territorial integrity should be ensured and that all ethnic, religious and other groups living in Syria are guaranteed equal rights, and that this country should live in peace and security with its neighbors.

Lavrov then prevented a question intended for Zarif:

Question to Zarif:
What exactly is Iran prepared to do to resolve the Syrian conflict after Geneva-II? What were you talking about yesterday with the leaders of Syria in Damascus?

Lavrov:
With the permission of my colleagues, I must interrupt. Why do you ask a question that stems from an a priori failure of Geneva II? In my opinion, this is a clear provocation.

The Russian Foreign Minister went on to say that Geneva II was “not just about January 22” but that the concept of the conference extended far beyond that.

I repeat what I said the other day in Paris: by agreement of Russia and the U.S. as the initiators of Geneva II, the UN Secretary General is sending invitations. There is no need for Russia, the United States or anyone else to be pressuring him. The UN Secretary General is a responsible politician, we trust him as a person who understands all the realities in the region and realizes the responsibility for the success of Geneva II, which can be achieved with the goodwill of all parties, which will require the participants to be representative.

This applies to both Syrian parties — especially the opposition, because we are very concerned about attempts to narrow the range of the opposition, which will be presented to Geneva II — and, of course, the foreign players. With this objective in mind — to ensure the representative character of Geneva II — Russia is convinced that countries such as Iran and Saudi Arabia have to participate.

Russia has also made attempts to include Kurdish factions in Geneva II, as part of its push for the conference. Deputy Foreign Minister Mikhail Bogdanov met with a delegation from the Kurdish National Council on Thursday, according to the Foreign Ministry.

During the meeting they discussed the situation in and around Syria, with an emphasis on the need for a political solution to the crisis in the Syrian Arab Republic, through a wide all-Syrian dialogue in the interests of all groups of Syrian society, as well as issues related to the convening, for this purpose, the international conference Geneva II on January 22.