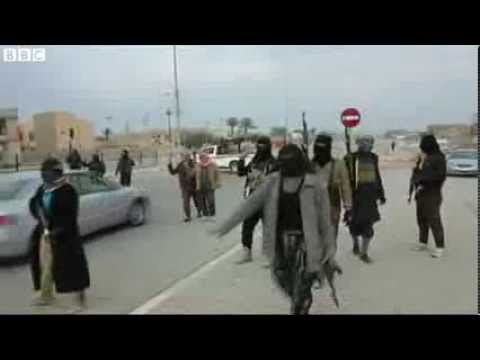 Thousands of residents have fled Fallujah in recent days, fearing worsening violence after the failure of negotiations between local leaders and jihadist militants to end a standoff that has lasted weeks, leaders from the city said Monday.

A tentative agreement to allow the local police and other officials to return to the city fell apart on Sunday after militants, who took control of the city this month, briefly kidnapped tribal sheikhs and a local imam with whom they had been negotiating, people involved in the talks said.

The failure of the negotiations was a blow to the government of Prime Minister Nuri Kamal al-Maliki, who has pledged that the army will not storm the city to dislodge the militants, including some linked to Al Qaeda. Instead, Mr. Maliki has empowered local Sunni leaders to negotiate an end to the crisis, while at the same time paying and arming Sunni tribesmen to fight the militants.

But as the stalemate has persisted for a third week, it has raised questions about the effectiveness of the government’s approach, as well as fears for the fate of Fallujah’s remaining residents, who say the militants are consolidating their grip, including by threatening to impose religious edicts.

One resident, Mahmood al-Naimi, said he woke up on Monday and heard the news that the talks had failed. “I went out and I saw dozens of gunmen patrolling the streets — no police or any sign of government employees,” he said, adding that militants from the Islamic State of Iraq and Syria were in control. He went home, gathered his family and his belongings and left the city, he said.

The fighting in Fallujah and other cities in the western province of Anbar has come during persistent, lethal militant attacks elsewhere in Iraq, deepening fears of a return to the sectarian bloodletting that plagued the country during the American occupation.

On Monday, at least 27 civilians were killed when seven bombs exploded in public markets and courts in Shiite neighborhoods in Baghdad, according to medical and security sources….

Mr. Maliki, whose government has been accused of marginalizing the Sunni minority, has come under pressure from Sunni leaders, officials within his own government and foreign diplomats to defuse the crisis without deploying the army in force. The faltering negotiations appeared to leave Mr. Maliki with fewer options, as government forces continue to take heavy casualties during the fighting.

A leader from Falluja who was involved with the discussions to end the standoff, Sheikh Majeed al-Juraifi, said he and other negotiators had persuaded the government not to shell the city while they tried to negotiate with the militants. In a meeting on Sunday, Mr. Juraifi said, he warned the militants not to give the army an excuse to raid the city, telling the militants to withdraw their fighters from the center of Fallujah to the periphery and allow police officers, expelled after the takeover, to return.

After much debate, “they finally agreed,” Mr. Juraifi said.

But a few minutes later, gunmen in a dozen vehicles appeared at the meeting and detained him and three other negotiators, including a local imam. The four were taken to a local Islamic court set up by the militants and interrogated, Mr. Juraifi said.

The men who had abducted them suggested that they belonged to a group of militants different from those that the sheikhs had been negotiating with, and said local security forces would not be allowed to return. “The city is under our protection,” one of the militants told Mr. Juraifi, and berated him and the others for siding with the “Iranian” army — a derogatory reference to Mr. Maliki’s Shiite-led government.

By that point, word had gone out to some of Falluja’s local police officers to return, according to Ismael Hassan, a police officer who had started to head back to Falluja on Sunday. But he and his colleagues were accosted by gunmen north of the city.

One of the gunmen told Mr. Hassan and the others that there was “no deal.”

“This is your last chance,” Mr. Hassan quoted one of the gunmen as saying. “We will let you go, but don’t show your faces again.”

Residents in Fallujah said the militants were trying to impose strict Islamic codes, like telling men not to wear Western clothes and women not to wear makeup. Mr. Juraifi said that when he and the others were released, they left the city. “There is no hope,” he said on Monday. “People gave up on the last chance of a peaceful solution.”