Iran: US Tells Turkey, “Tehran is Not Open for Business” 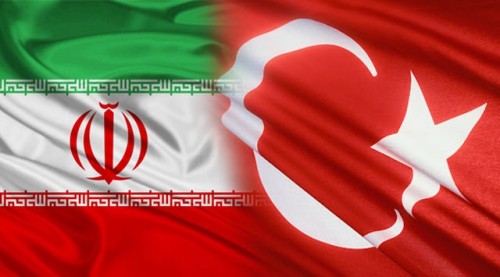 US Treasury Undersecretary David Cohen, who oversees the pursuit and enforcement on sanctions on Iran, has told Turkish companies to “hold off” on doing business with Tehran, despite the easing of some measures in the interim nuclear agreement.

Cohen said most sanctions remain, including those on the banking, energy and shipping sectors. He told reporters after a meeting with Turkish Foreign Ministry Undersecretary Feridun Sinirlioğlu in Ankara:

Iran is not open for business.

Businesses interested in engaging in Iran really should hold off. The day may come when Iran is open for business, but the day is not today.

Despite sanctions, Turkey’s trade with Iran rose to $22 billion in 2012. Davutoglu said they are looking towards $30 billion this year, and Iran is hoping for a rise to $100 billion within a few years.

The US has put pressure on Turkey’s imports of oil and gas from Iran through financial sanctions, initially on the banking sector and then on transfers of gold.

Cohen did not refer to the lifting of the gold-transfer ban in the interim deal, but he said that he expected Turkey’s state-run banking institution, Halkbank, to continue processing oil payments to Iran: “We talked more broadly about sanctions…on the banking sector so that there is good clarity on the scope of sanctions that remain in effect.”

Halkbank’s transfer of gold and money to Iran has come under further scrutiny since the arrest of dozens of leading Turkish politicians and businessmen in December in a corruption investigation.